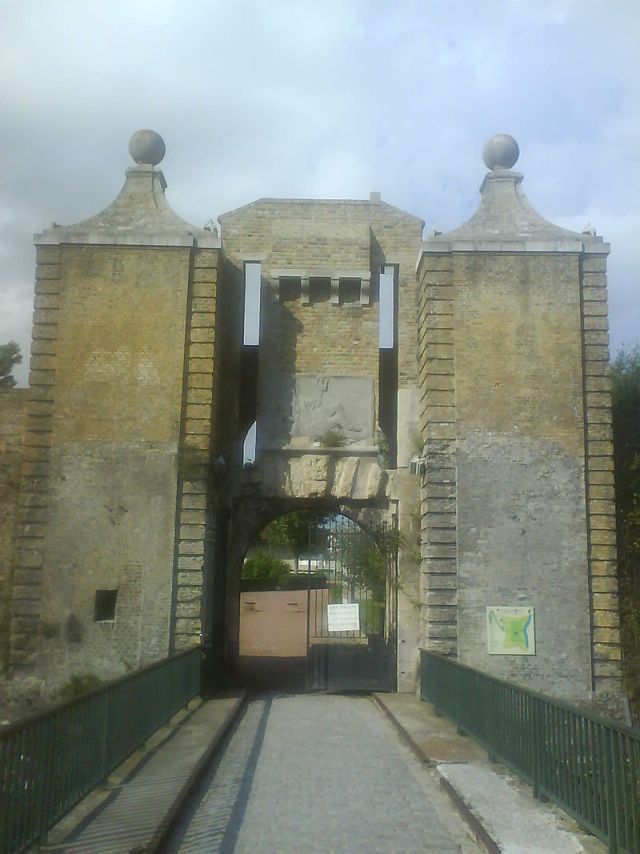 Location: Calais, in the Pas-de-Calais departement of France (Nord-Pas-de-Calais Region).
Built: 13th century.
Condition: Ruins.
Ownership / Access: --
Notes: Citadelle de Calais is a fortress built on the ruins of the old medieval castle dating from the thirteenth century and defended the town of Calais. From 1558, and the recovery of Calais by the Duke François de Guise, the priority of all the kings of France, who will succeed, will make that Calais remains forever in the kingdom of France. Its geographical position and especially the proximity of the Spanish Netherlands and the eternal enemy, England, the required there. For this, the old medieval castle built in 1229, which defended Calais, (and was among other the silent witness of the mysterious murder of the uncle of Richard II, Duke of Gloucester), forming a square enclosure with six rounds dungeon, located at the northwest corner of the city was razed to build on its ruins a vast citadel, more adapted to the new requirements imposed war of that period. It was King Francis II, who decided to build the new citadel, the place of the old castle. For this, an entire neighborhood was razed. Among the buildings destroyed, there were hotels, which were during the English possession, the English lords, and especially the St. Nicolas church. Only the hotel Escalles, for use as accommodation to the commander of the new citadel, was spared. It was Henry I of Orleans, Duke of Longueville, governor of Picardy, who laid the foundation stone in 1564. The Italian Castriotto and Jean Errard of Bar-le-Duc, two brilliant engineers of the time participated in the work. Errard, to whom we owe also the citadels of Amiens and Doullens, was the creator of the half-moon of the Hermitage before the gate of the citadel named Gate Neptune. The castle, which remained four laps, completed the other three bastions. A medieval part of the city walls with the Square Tower and Paved tower still exists today. One can also enter the citadel, after the half-moon, Porte de Secours and the Porte de Boulogne..