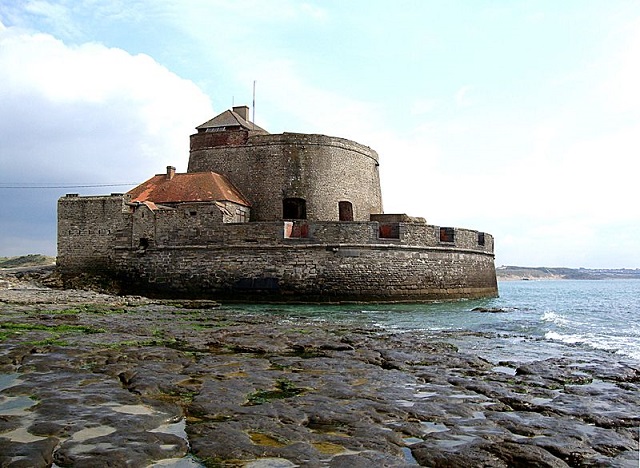 Location: Ambleteuse, in the Pas-de-Calais departement of France (Nord-Pas-de-Calais Region).
Built: 17th century.
Condition: In good condition.
Ownership / Access: Privately owned.
Notes: Fort d'Ambleteuse, also called strong or Vauban fort Mahon, is a fort located on the coast near the town of Ambleteuse in the Pas-de-Calais in France at the entrance to the estuary of Slack. It was built by Vauban by order of Louis XIV to defend a naval port. Fort Mahon name, certainly due to a transcription administrative error appears only in 1840. The fort of Ambleteuse was built in the late seventeenth century, in 1680, at the mouth of the Slack. This is a construction Vauban. The fort is sometimes surrounded by the sea at high tide and accessible on foot at low tide. It is the only coastal fort that has been preserved thanks to the restorations promoted by Dr. Jacques Méreau and Destombes geologist who created for this purpose, with a team of volunteers in 1967 the "Association of Friends of the fort 'Ambleteuse "who bought it for a symbolic franc. Only strong sea still standing from Cherbourg to the Belgian border, is also a rare example of an historic monument of this importance, property of an association that assumes only the operation and expenses. Since it was restored, furnished and open to the public. The restorations were conducted in three major projects: the rampart supported by the state; ancillary buildings restored with the help of the State, the General Council of the Pas-de-Calais, Credit Agricole, Common and owner association; in 2010, a series of projects on all buildings with large roof, undertaken with the participation of the state, and helps Crédit Agricole and the Heritage Foundation. The fort was listed building on October 19 19651. The order specifies: strong Ambleteuse also called sometimes very Mahon. Hence the misnomer that circulates from time to time. The owner association sticks to the official name of Fort Ambleteuse.

How To Get To Fort d'Ambleteuse (Map):