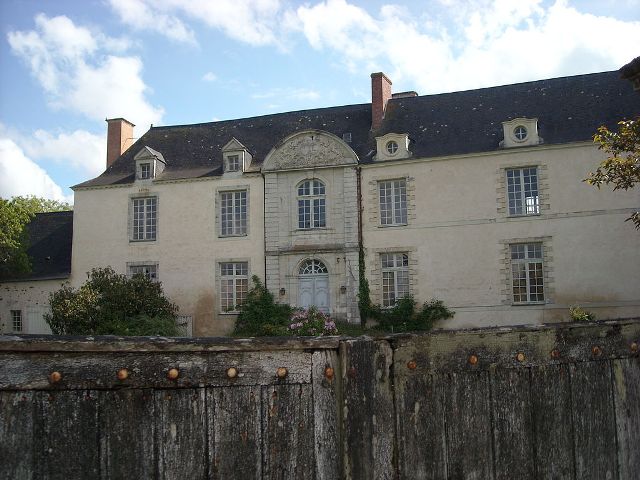 Location: Ampoigné, in the Mayenne departement of France (Pays de la Loire Region).
Built: 17th-18th century.
Condition: In good condition.
Ownership / Access: Privately owned.
ISMH Reference Number: PA00109455
Notes: Château d'Ampoigné yet appointed the Court Castle is located at the entrance of the town Ampoigné (Mayenne) a few steps east of the parish church. Like the locality to which he belongs has kept the name of its first lords, from a knightly family that had to shrink silver arms reds of six parts. The family of Héliaud built in the early seventeenth century a castle on a fortified site since the thirteenth century. This castle has a pavilion was enlarged by the construction of an independent house in the eighteenth century. The two parties were listed as historical monuments January 26, 1987.