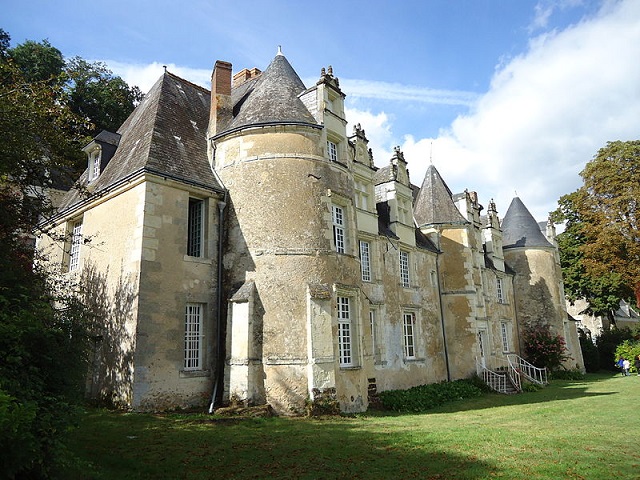 Location: Chahaignes, in the Loire-Atlantique departement of France (Pays de la Loire Region).
Built: 16th century.
Condition: --.
Ownership / Access: Bruce de Jaham.
Notes: The castle of Bénéhard overlooks the valley of the Widow, in the commune of Chahaignes in the Sarthe. It is located on the departmental road 64, in the direction of Saint-Pierre-du-Lorouër. The Maillé Bénéhard family is at the origin of the name, it acquires over the centuries a certain power in the region.The Maillée Bénéhard family decided to build a new castle in the style of the period (1518-1560). At the end of the sixteenth century, the lord of the places took part in the Catholic League against the Protestants. Defeated, Henry IV confiscated the castle, which was returned to him at the beginning of the seventeenth century. During this century, the lord received the title of marquis and undertook numerous transformations, both inside and outside, in the fashion of the seventeenth century, which gave the castle its present appearance.The castle was built on the site of the ancient fortress which defended the valley of the Widow (a tributary of the Loir) during the Hundred Years War. The ensemble has preserved the authentic aspect of the architecture of the sixteenth and seventeenth centuries. The remarkable element of the estate is its facade typical of the architecture of the 1st Renaissance. The decoration of the dormers and the windows reminds one of the many castles of the Loire. However, it has many original features: the presence of a three-sided tower in the center but also the windows of the xvii in a Renaissance decor. The architecture is enhanced by the eighteenth-century terraced gardens, unique in the region.

How To Get To Château de Bénéhard (Map):