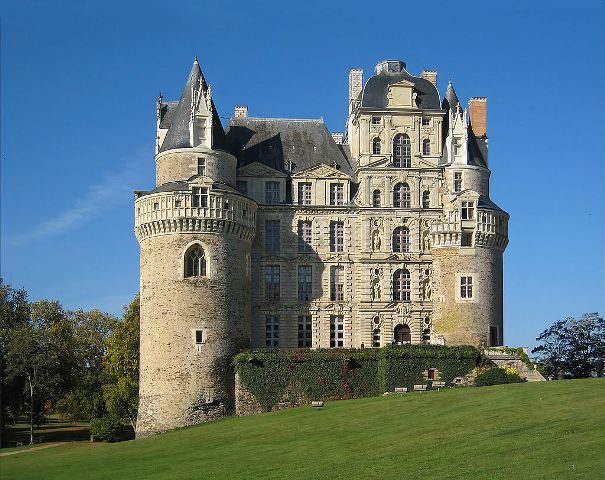 Location: Brissac-Quincé, in the Maine-et-Loire departement of France (Pays de la Loire Region).
Built: 11th-17th century.
Condition: In good condition.
Ownership / Access: Privately owned.
ISMH Reference Number: PA00108994
Notes: Château de Brissac is in Brissac-Quince, in the department of Maine-et-Loire, fifteen kilometers from Angers. Since the beginning of the sixteenth century, it is the property and residence of the Dukes of Brissac. It is classified as historical monuments since November 3, 1958 and 8 November 1966. Its architecture makes it the highest castle in France4, it has seven floors in total, as well as two hundred rooms, and its facade reflects the influences baroque of the time. Open to the public, the castle hosts an annual Christmas market, hunting for Easter eggs and the Fashion Flower Festival. It also hosts regular events related to balloons, as departures from France Championship.

How To Get To Château de Brissac (Map):