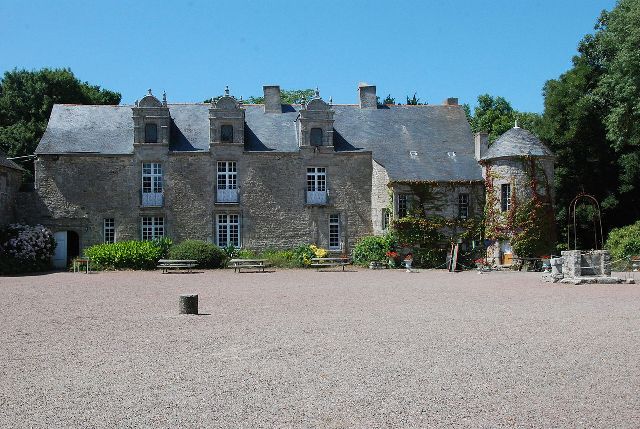 Location: Guérande, in the Loire-Atlantique departement of France (Pays de la Loire Region).
Built: 15th-16th century.
Condition: In good condition.
Ownership / Access: Privately owned.
ISMH Reference Number: PA00108618
Notes: Château de Careil is a fortified manor house in the town of Guérande, in the French department of Loire-Atlantique and the Pays de la Loire. It is the subject of a registration as a historic monument since July 16, 1925.The castle passed from hand to hand throughout its history and becomes the property of three Protestant families. Under the reform, the old stables of the garrison used as place of worship and the castle became a fulcrum Protestants implanted Guérande peninsula (then there was a temple in Guérande, a La Roche-Bernard. In Croisic manor Kervaudu also belongs to a Protestant family). For this reason, he is attacked and looted 11 May 1589 by the Catholic League. In 1699, shortly after the revocation of the Edict of Nantes, the mansion was seized and auctioned in a Catholic family.

How To Get To Château de Careil (Map):