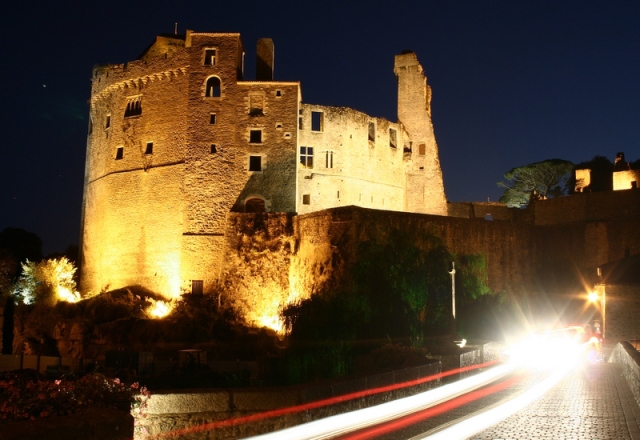 Location: Clisson, in the Loire-Atlantique departement of France (Pays de la Loire Region).
Built: 13th-16th century.
Condition: In good condition.
Ownership / Access: Owned by the Department.
ISMH Reference Number: PA00108588
Notes: Château de Clisson is in the town of Clisson (France), on a granite promontory overlooking the left bank of the Sevre Nantes. Built by the powerful lords of Clisson the eleventh century to the fifteenth century, this castle is a strategic and defensive point of the Marches of Brittany, protecting the border of the Duchy of Brittany. The castle is then only a polygonal enclosure adorned with defensive towers. After the fall of the Lords of Clisson, the castle becomes the property of the Dukes of Brittany and their descendants. Duke Francis II of Brittany transformed the castle into a fortress with the addition of a second chamber provided with numerous defensive towers covering the western, more exposed. Deserted by its lords in the middle of the eighteenth century, the castle was burned by the Republican troops during the war of Vendée. Long in ruins, it was restored from 1974 to 1975 from 1986 to 1989 and from 1991 to 1993. It is classified as historical monuments since August 13, 1924. The fortifications and base courses are subject to a registration as historical monuments since 30 August 2004.

How To Get To Château de Clisson (Map):