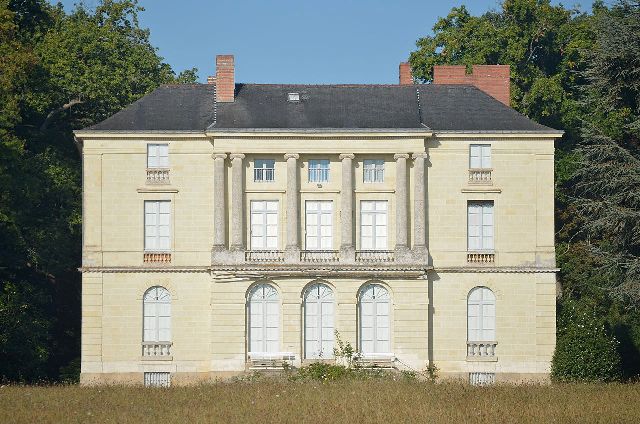 Location: Port-Saint-Père, in the Loire-Atlantique departement of France (Pays de la Loire Region).
Built: 1820-1825.
Condition: In good condition.
Ownership / Access: Privately owned.
ISMH Reference Number: PA00108853
Notes: Château de Granville is a castle located in Port-Saint-Père, France. It is a Palladian type of castle or Italian villa. The castle is located in the municipality of Port-Saint-Père in the department of Loire-Atlantique. The castle was built by Sir Latch Grandville in 1825, who lives in her old home, the Castle Tower, which he left and sold to another family. By moving to the castle of Grandville, it also manages its other areas of the castle Riviere, Bouvet and sells castle tower to pay for the construction of Granville Castle. The field through marriage to Dampiere and even by marriage to Dargenlieu, who restore him for some years. The neo-Gothic chapel was built by Aristide Granville mid-nineteenth century. The monument is registered as historical monuments in 1992.

How To Get To Château de Granville (Map):