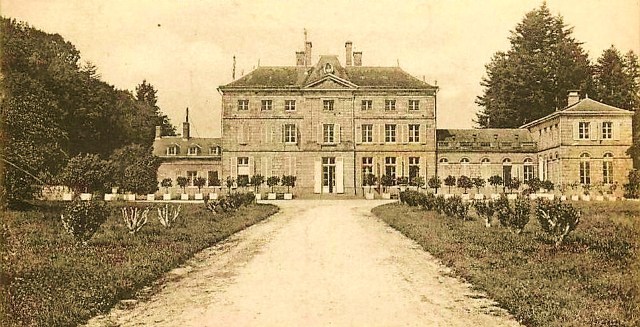 Location: Charchigné, in the Mayenne departement of France (Pays de la Loire Region).
Built: 18th century.
Condition: In good condition.
Ownership / Access: Privately owned.
Notes: Château de Hauteville is Charchigné, Canton Horps, around-the-Javron Chapels, in the department of Mayenne. Its ruins stand at 1200 m Charchigné on a manorial land within the jurisdiction of Lassay. They let us easily imagine the richness and elegance of the mansion that stands there in its heyday and before the accidental fire which should annihilate forever in 1922. Hauteville belongs to Chevaigné-du-Maine until 1838. the castle was in ruins for 40 years, with its outbuildings still standing, became in 1960 the property of Mr. Roger Bordelet, son of former sharecroppers from one of the farms near the castle: the Angeboudière. The family business was taken over by Eric Bordelet in 1992. His training starts at the hotel school in Granville in the department of Manche9. He holds wine oenology, becomes sommelier in several major Parisian restaurants including L'Arpege from 1986 to 1991, three-star Chef Alain Passard, rue de Varenne in Paris' 7th arrondissement. One of the goals of Eric Bordelet and his wife Céline, is the restoration of the castle of which only the dilapidated walls, except the cellars remained in good condition. The couple gets a grant from the General Council of the Mayenne in 2013, to finance the construction of a processing and packaging building. The following year, the castle is completely cleared and the openings are supported. Once all the work is completed, all operations, cellars, storage and tasting room currently in the outbuildings, will be transferred to the château10. The cellars that occupy an area of ​​400 m2 used for the production of calvados.