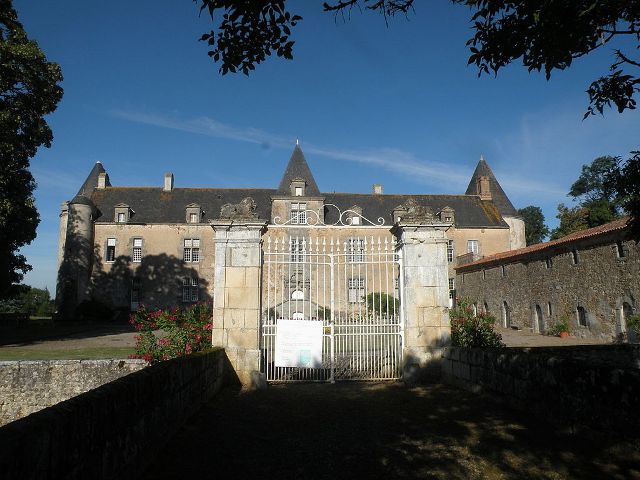 Location: Le Givre, in the Vendée departement of France (Pays de la Loire Region).
Built: 16th century.
Condition: In good condition.
Ownership / Access: Private property.
ISMH Reference Number: PA00110128
Notes: Château de la Brunière is a protected historical monuments in 1984. It is located in Frost in the French department of Vendée. The castle was born during the turbulent period of the Hundred Years War. Twelve monumental granite fireplaces adorn the interior of the house. In 1591 Jean Bodin began to rebuild and marked the his seal. He then took the Renaissance style that made him very hospitable. Moreover, it is in this castle that Henry IV chose to rest. In 1621, the royal troops invaded and ransacked. The castle was once owned by the family of Veillechèze Mardière. It now belongs to his descendants, Dr. Thierry Gorphe and his sister, Baroness Vauchaussade Chaumont (born Christine Gorphe). The castle is classified as historical monuments since October 8, 1984 for the facades and roofs of the main building and the large fireplace on the ground floor and is insrit since that date for facades and roofs of wing joint and the bridge over the moat.