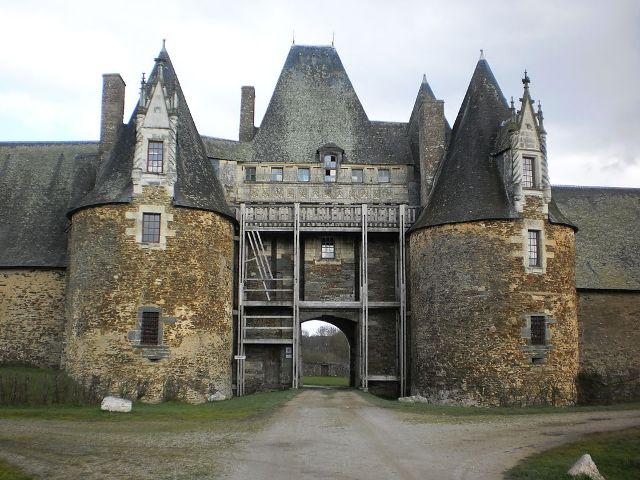 Location: Chapelle-Glain, in the Loire-Atlantique departement of France (Pays de la Loire Region).
Built: 15th-17th century.
Condition: In good condition.
Ownership / Access: Privately owned.
ISMH Reference Number: PA00108580
Notes: Château de la Motte-Glain is a castle built in the municipality of La Chapelle-Glain in the late fifteenth century by Pierre de Rohan-Gie, and modified in the seventeenth century. Parts of the castle are the subject of a classification as historical monuments since July 6, 1929.The castle was built by Pierre de Rohan-Gie in 1495 on the old fortress of the Lords de Rouge. Anne of Brittany and Charles VIII stayed there in 1497 and Charles IX and Catherine de Medici in 1565. It was purchased in 1635 by Michel Le Loup, adviser to the Parliament of Britain It was listed as a historical monument January 7, 1926 and the stately home and the chapel were ranked 6 July 1929. It is open to the public and offers rooms for rent.

How To Get To Château de la Motte-Glain (Map):