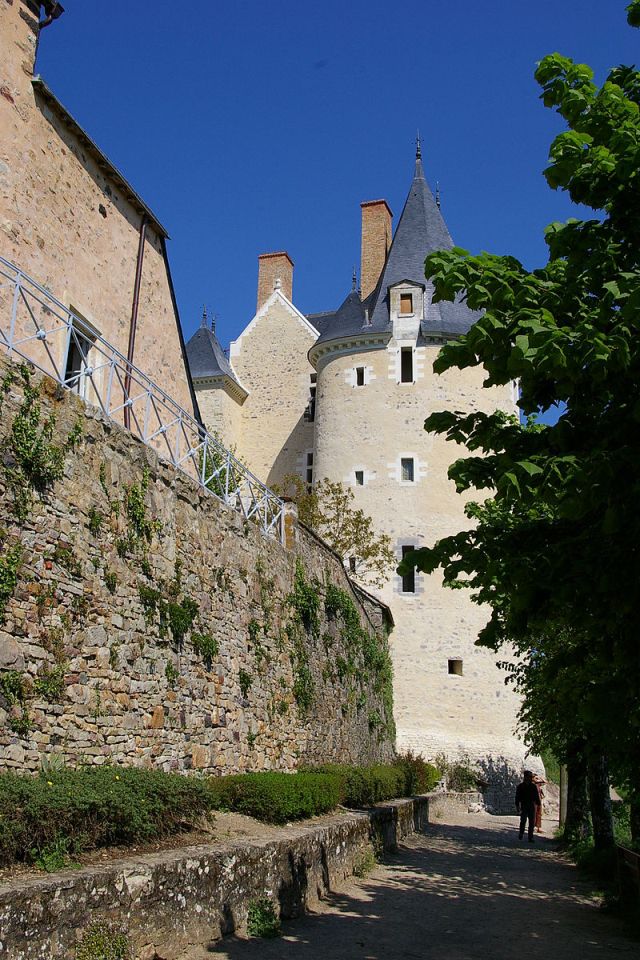 Location: Sainte-Suzanne-et-Chammes, in the Mayenne departement of France (Pays de la Loire Region).
Built: 17th century.
Condition: In good condition.
Ownership / Access: Privately owned.
ISMH Reference Number: PA00109610
Notes: Château de Sainte-Suzanne is a castle of the seventeenth century historical monument by decree of 28 December 1984. It was built in the medieval town of Sainte-Suzanne between 1608 and 1610 to 1613 by Guillaume Fouquet de la Varenne and aujourd 'hui property of the county council of Mayenne, it houses since June 2009 architecture and Heritage interpretation Center (CIAP) Country of art and history Coëvrons-Mayenne, and more generally of the department Mayenne.In 1604, Guillaume Fouquet de la Varenne, statesman and minister of Henri IV, bought the first wife of the king, Marguerite of France called "Queen Margot", the ruins of the old fortress to transform the old castle residential home. This project is not completed, since the assassination of King in 1610 gradually brought the downfall of Guillaume Fouquet de la Varenne. It remains this period the house, a beautiful body building in the style of the early seventeenth century.Fouquet La Varenne bought the lordship of Sainte-Suzanne 16 September 1604. All that remains in Sainte-Suzanne "Headphones and bastiments housing and a belt of walls with some twists and mass dungeon-like stones. (. ..) near which said belt of walls and keep estoit petitte a house and a yard called Marye court, and ung small appenty throughout Icelle of (...) in which petitte house remained Estienne Deslandes and his wife Marie Arthuis as janitors, and said patit appenty ferved kitchen and boullangerye ".

How To Get To Château de Sainte-Suzanne (Map):