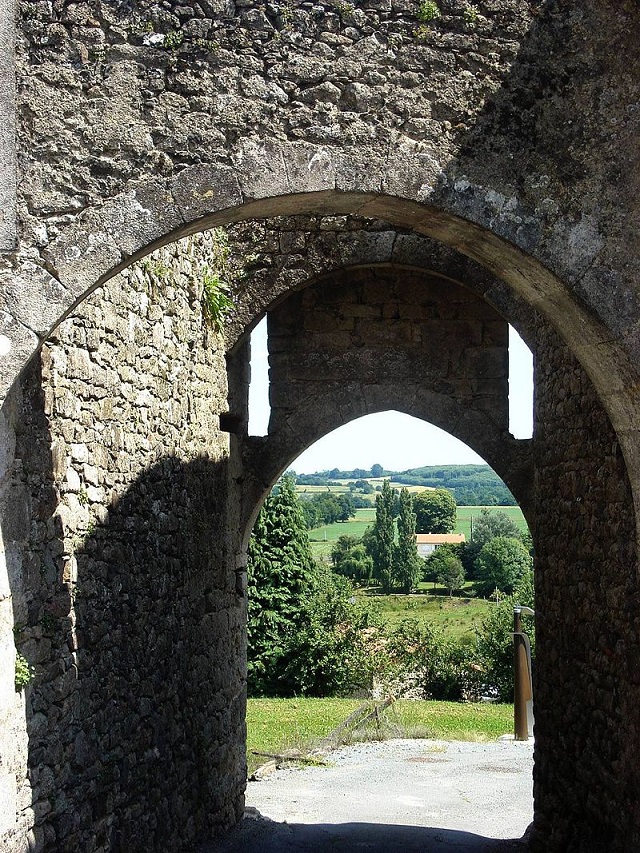 Location: Sèvremont, in the Loire-Atlantique departement of France (Pays de la Loire Region).
Built: 13th century.
Condition: --.
Ownership / Access: --.
Notes: The keep of Châteaumur is a donjon that was part of a fortified castle in medieval times, on the territory of the municipality of Châtelliers-Châteaumur, in Sèvremont, in the department of Vendée. It has been listed under historical monuments since 1979.It is a dungeon of Niortais style dating from the twelfth century. It is of the same style as the dungeons of Pouzauges, Tiffauges and of the same time. It is a large quadrangular tower with round buttresses at the four corners with a smaller buttress in the middle of each facade. In the twelfth century, this dungeon was the only stone building, built on a granite promontory. An enclosure, of wood or stone, perhaps enclosed the dungeon in a nearly circular ground. What is certain is that this dungeon at that time was conceived as an independent fortress, with a door on the second floor and protected by a rocking door that fits into the wall and the door frame. The interior was split in two by a wall of split for strength, and there were four levels: a basement and three floors on floors. On the first floor there were stores of food, on the first floor there was the manor house (and the rocking door) with chimneys and latrines, and the second floor probably had a guard room with access to the hourds. This last floor was accessible from the first floor by a spiral staircase embedded in the south-east buttress. Perhaps in the fourteenth century, an enclosure was added during the Hundred Years War. It is still partially visible, as the houses around the place of the donjon are leaned against it, and there remains a fortified carriage door.