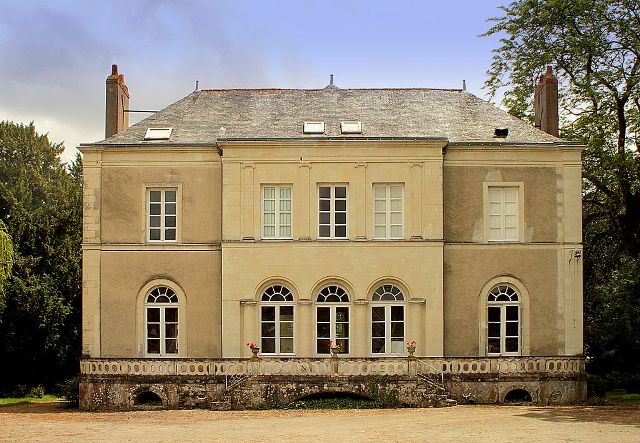 Location: Saint-Julien-de-Concelles, in the Loire-Atlantique departement of France (Pays de la Loire Region).
Built: 18th century.
Condition: In good condition.
Ownership / Access: Privately owned.
Notes: Gentilhommière de la Meslerie is a castle located in Saint-Julien-de-Concelles, France. The mansion was completed in 1820. CHEGUILLAUME, a wealthy bourgeois Nantes bought the land from the Meslerie the Lord of Saint-Julien, Baron du Gué-au-Voyer, compelled the Revolution to migrate. His family stayed behind, is obliged to divest the land where the house was under reconstruction (Vintage Departmental Archives documents). The initial project was redesigned during reconstruction. The land of Meslerie (1640 Departmental Archives) is the subject at the beginning of the eighteenth century, the feudal lineage withdrawal procedure. The Lord of Saint-Julien, Damien Chandenier wanted a pavilion, instead of the lower house but the Revolution countered him to emigrate. Almost the entire site is classified and / or included in the Inventory of Historical Monuments.