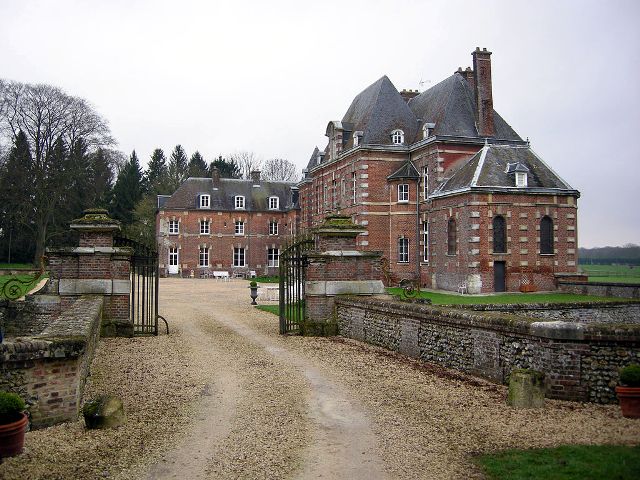 Location: Berneuil-en-Bray, in the Oise departement of France (Picardie Region).
Built: 16th century.
Condition: In good condition.
Ownership / Access: Owned by a private company.
ISMH Reference Number: PA60000069
Notes: Château d'Auteuil is located in Berneuil-en-Bray (Oise), France.Abandoned in the late sixteenth century, it was restored in the nineteenth century by the Earl of Archambault Combault d'Auteuil. Upon his death in 1892, the Kergolay family inherits. Since the castle became in 1990 the property of Hiri painter, and in 2001 a member of the jet set of Lebanese origin, the wealthy Mouna Ayoub, before being bought in 2003 by amateurs who have arranged for guest rooms. The castle is the subject of a registration as a historic monument since September 14, 2007. This applies to facades and roofs of the castle and the platform surrounded by moats; the adjoining parcels are included in the order of protection.

How To Get To Château d'Auteuil (Map):