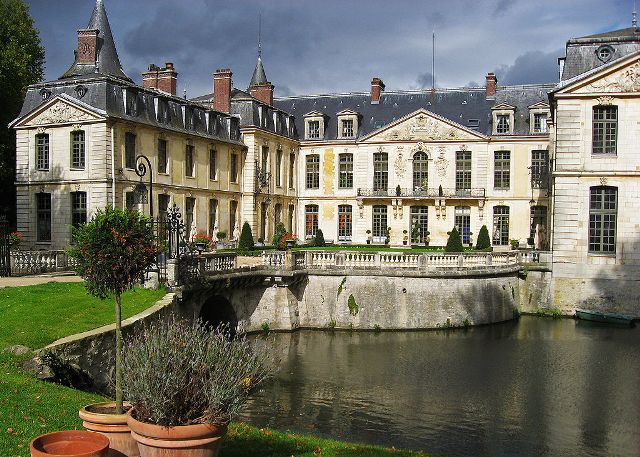 Location: Ermenonville, in the Oise departement of France (Picardie Region).
Built: 18th century.
Condition: In good condition.
Ownership / Access: Privately owned.
ISMH Reference Number: PA00114678
Notes: Château d'Ermenonville is a castle of the eighteenth century located in the town of Ermenonville in the French department of Oise.The first castle of Ermenonville, in Oise, was built in 987 during the reign of Hugues Capet, the villa Irminon, named after a bishop of Senlis. In the Middle Ages, the castle was in the hands of feudal lords. In the fifteenth century, King Louis XI stayed there sometimes. In the late sixteenth century, King Henry IV who often comes to rest in Ermenonville fact buy the castle by his faithful rider to the wooden leg Dominique de Vic. sometimes it comes back there Gabrielle d'Estrées. At that time, the castle presents austere façades, still has six small towers and a large tower south to the existing courtyard. The appearance of the building is still close to that of a medieval fortress.

How To Get To Château d'Ermenonville (Map):