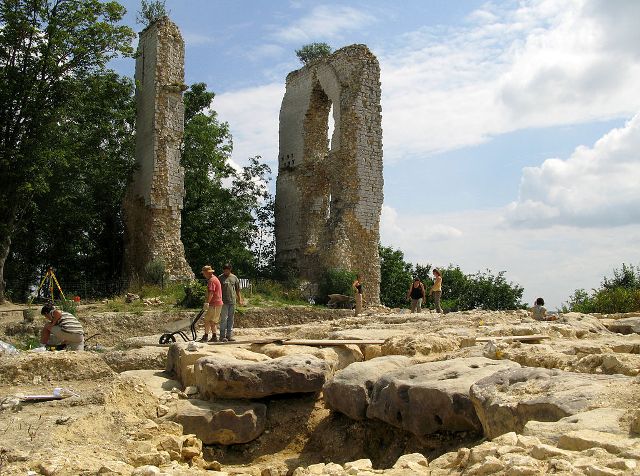 Location: Boves, in the Somme departement of France (Picardie Region).
Built: 18th century.
Condition: Ruins.
Ownership / Access: Privately owned.
ISMH Reference Number: PA00116106
Notes: Château de Boves is located in the territory of the municipality of Boves 8 km southeast of Amiens in the Somme. The fact remains that today the castle mound surmounted two sections of wall (remains of a tower).Built at the beginning of the tenth century, the castle mound is anthropogenic (i.e created by man). According to current research findings, it seems that the first occupations will be made immediately after its construction. The site was specifically an elite residence.

How To Get To Château de Boves (Map):