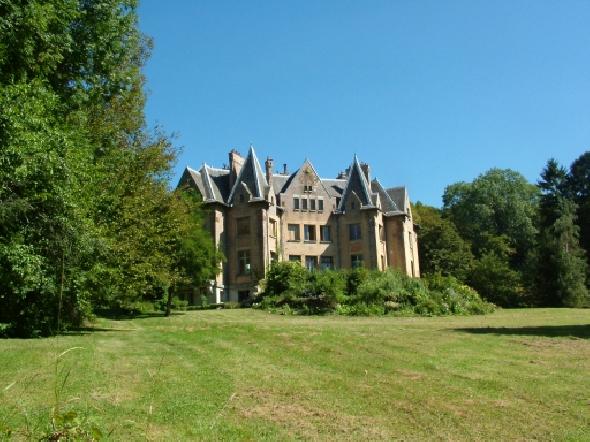 Location: Chevregny, in the Aisne departement of France (Picardie Region).
Built: 20th century.
Condition: In good condition.
Ownership / Access: --
Notes: Château de Chevregny is a building in the French town of Chevregny, in the department of Aisne, in Picardy. Located on the Chemin des Dames, Chevregny saw its entire heritage destroyed during the terrible offensive of 1917.The ancient castle of Chevregny, which it remains today as the remains of the porch mounted on two Roman columns, was built in 1716 by J. Champion, notary, whose descendants, all notaries also retained the up Clouët in 1780. Jacques, Lord of Serville, squire of the Royal Academy of Equestrian Art in Lille between 1751 and 1775 was owner of the estate in the second half of the eighteenth century. The castle was later made called "vendangeoir cousin of Jacques' nickname of Louis Abel Beffroy de Reigny, heir to the field at the end of the eighteenth century. His older brother Louis Etienne Beffroy de Beauvoir, co-owner, became sadly remarked during the revolutionary period. His fate marked the castle. Indeed, member of the Convention, he was regarded as the Restoration regicide and forced into exile emergency in 1816. His estate was sold, and the castle was acquired in 1815 by Joseph Boisgarnier (Chatonru-Boisgarnier Joseph or Joseph Dechatonru-Boisgarnier as archives), confessed to wealthy Paris. It dramatically remodeled the castle. The castle remained nearly two centuries in this family, serving as a second home. Joseph Boisgarnier (1774-1860), the property passed to his son Augustus and his sister Ernestine, whose husband, Eugene Dupont, proceeded to various embellishments of buildings, completing give them neat and attractive appearance they retained until 1917. Their daughter Alice (1847-1924) married Henry Cherrier (1839-1919), lawyer and scholar of Paris. They inherited the castle, although in 1917 it was destroyed by German bombing, with nearly all of its woodlands. The area is taken up by the eldest son, Gabriel Cherrier, who rebuilt a property in it, but at higher altitudes. The ruins of the old castle are then abandoned. It is a mansion in the English style, fashionable at the time, pinkish yellow brick, built on four levels. The building is flanked by two square towers incorporated on each side of the building. Thousands of trees are replanted, and the park is redesigned. Gabriel Cherrier leaves the newly rebuilt castle to his sister, Genevieve, who married Emile Jarriand (1863-1940), head of legal department and deputy chief of general secretarial company Saint-Gobain. Castle Chevregny definitively left the heritage of the descendants of Boisgarnier at its sale in 1982.