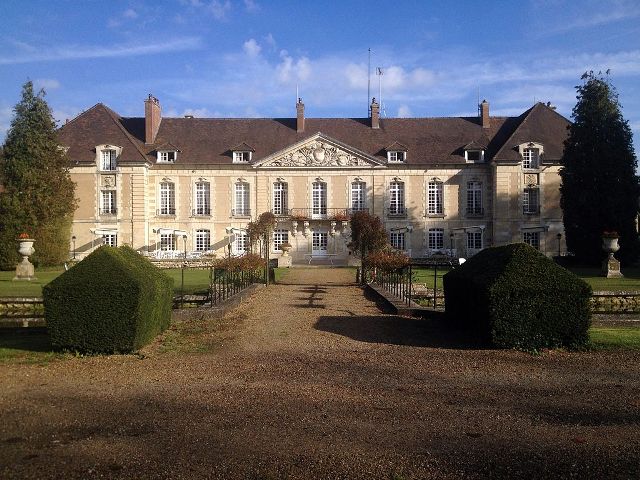 Location: Thury-sous-Clermont, in the Oise departement of France (Picardie Region).
Built: 18th century.
Condition: In good condition.
Ownership / Access: Occupied by the training center of the French Institute of Management.
Notes: Château de Fillerval is located in the municipality of Thury-sous-Clermont in the department of Oise.Located at the site of the former fortified castle Thury, astronomers Cassini family property Help page on the disambiguation since 1719, which was destroyed in 1784 to make way for a building surrounded by a moat and a pond. Niki de Saint Phalle lived there before World War II: "Grandfather Harper (his maternal grandfather) was lawyer fashionable Americans Paris.Il enjoyed entertaining in his magnificent castle Fillerval, located a Paris time, customers who were also his friends. The castle was equipped with tennis courts and a golf course that ran along a river.  He stood in the middle of vast lands and numerous farms, and a wonderful Louis XIV garden designed by Le Nôtre.  During World War II, Fillerval was occupied by a Nazi general and his troops. Towards the end of the war, they burned the beautiful antique furniture to make fire in the chimney, and destroyed at the same time eight hundred editions of the castle library which they used as toilet paper. Grandfather had introduced into the castle all American comfort: refrigerators bathrooms, showers, a huge kitchen. He had to remain 18 including 8 domestic gardeners. When we were children, we often spent summers at our grandparents, our parents while traveling. The Harper family left France and moved to Princeton in America just before World War II. " Destroyed by fire in the 1950s, it was restored. Today it is occupied by the training center of the French Institute of Management.

How To Get To Château de Fillerval (Map):