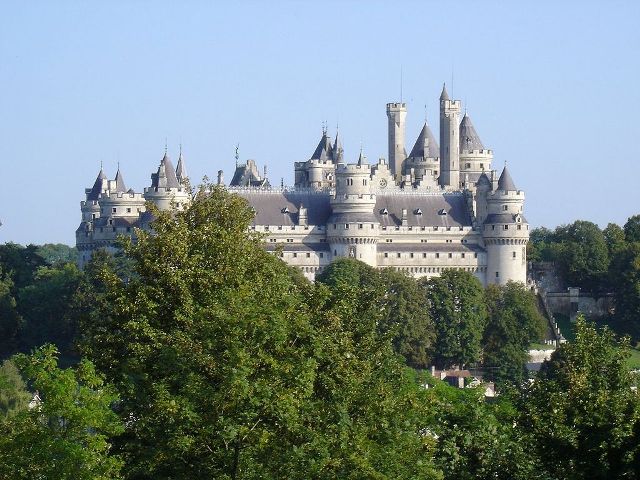 Location: Pierrefonds, in the Oise departement of France (Picardie Region).
Built: 19th century.
Condition: In good condition.
Ownership / Access: State property.
ISMH Reference Number: PA00114803
Notes: Château de Pierrefonds is an imposing castle located in Pierrefonds in the Oise region, in the south-eastern edge of the forest of Compiegne, north of Paris. Pierrefonds Castle has most of the features of the defensive work of the Middle Ages. He was saved by Viollet-le-Duc in the nineteenth century, who also undertook important work of decoration and furniture design. This castle is the subject of a classification as historical monuments by the list of 1862. It is managed by the National Monuments Centre.In the twelfth century, a castle already stood on the site, built by the powerful lineage of Nivelon, lords of Pierrefonds, originating Quierzy. The fact remains that the cellars beneath the house of the eleventh century. This castle happens at the end of the century twelfth to King Philip Augustus, and then remains in the royal domain.

How To Get To Château de Pierrefonds (Map):