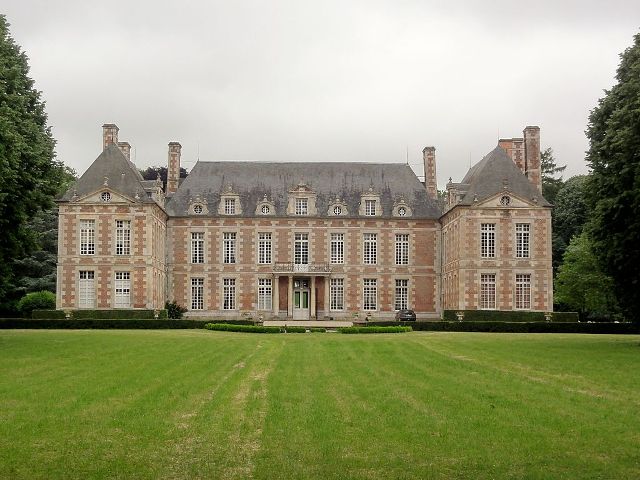 Location: Le Fayel, in the Oise departement of France (Picardie Region).
Built: 17th century.
Condition: In good condition.
Ownership / Access: Privately owned.
ISMH Reference Number: PA00114683
Notes: Château du Fayel is a building in the town of that name, in the Oise. It is the subject of a registration as a historic monument since the January 13, 1947 (castle and flag) and 5 August 1980 (Common).Construction of the castle dates back to 1650-1655. It is designed by Jacques Sparrow for Philippe de La Mothe-Houdancourt, Marshal of France and Viceroy of Catalonia. Queen Christina has stayed, joined on site by Louis XIV, Anne of Austria and Mazarin. The architect Jacques Sparrow has also built the Drapers Hall, in the center of Paris 11 rue des Spark, whose facade is now in the Musée Carnavalet and the building was replaced by the Cremerie de Paris. He is the older brother of Libéral Bruant, architect of the Invalides. He always passed by marriage (La Mothe-Houdancourt, Rouault-Gamaches, Héricy of Cossé-Brissac) and was never sold.This is a house of stone corner bricks with a central body with two wings. The interior was remodeled in the eighteenth century. He was surrounded by a French park, possibly Le Nôtre, which can still be seen the plan.

How To Get To Château du Fayel (Map):