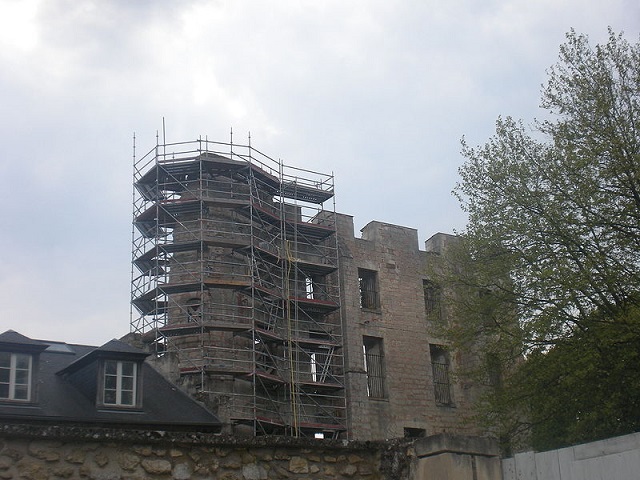 Location: Clermont, in the Somme departement of France (Picardie Region).
Built: 11th century.
Condition: Ruined.
Ownership / Access: Municipality.
Notes: The Dungeon of Clermont or Castle Counts of Clermont-en-Beauvaisis is the remains of a feudal castle dating from the eleventh century located in Clermont (Oise), in the street of the same name1. Built at the tip of the promontory that forms the promenade of Châtellier, it is a quadrangular construction of 25.50 m by 17.50 m. The monument dominates the city, although it was lowered by a collapse caused by the storm of February 19842. In the nineteenth century, Louise Michel was a prisoner of the dungeon, transformed into a prison, from 1883 to 1884.

How To Get To Donjon de Clermont (Map):