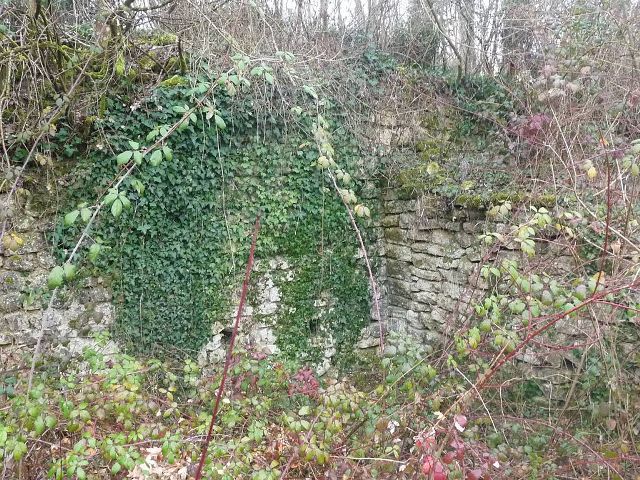 Location: Villejoubert, in the Charente departement of France (Poitou-Charentes Region).
Built: 10th-11th century.
Condition: Ruins.
Ownership / Access: Private property.
Notes: Castrum d'Andone is a fortified complex located in the department of Charente, on the border of the town of Villejoubert in Angoumois. The residence Andone was founded in the second half of the tenth century by members of the family of counts of Angouleme, related to the Carolingian dynasty. Several indicators help explain the choice of this site relatively inconvenient, as the proximity of the vast forest of Boixe and control of the nearby Abbey of St. Amant. The site was also close to the route of Agrippa passing 600m northwest. But this implementation could mainly be linked to the years when the Count Arnaud Manzer (975-988) struggle against the bishop Hugues de Jarnac. The latter has in fact two visible from homes Andone. This conflict subsides to the time of William IV (988-1028), son of Arnaud and Andone loses any strategic interest. Between 1020 and 1028, the count and the bishop agree to transfer the count's residence in Montignac, on the banks of the Charente. The Abbey of Saint-Amant is moved parallel to the Macarine, located in the forest. near this habitat pole and the former castrum knows a definitive abandonment. A small rural settlement called Andone however remains close to the twelfth and thirteenth centuries, perhaps to the location occupied by the house of the bar from the second half of the fifteenth century. The influence of the ancient fortress of the counts of Angoulême is then converted into a warren rabbits. The site was identified for the first time in the nineteenth century but it was not until the early 1970s that the excavations are undertaken. The castrum was fully excavated by André Debord between 1971 and 1995, which, because of his sudden death in 1996, could not publish on its behalf the results of its 24 years of excavations, then by Luc Bourgeois in 2004-2005. It was a historical monument by decree of August 13, 1986. Currently, the site is again overgrown and access is no longer indicated.