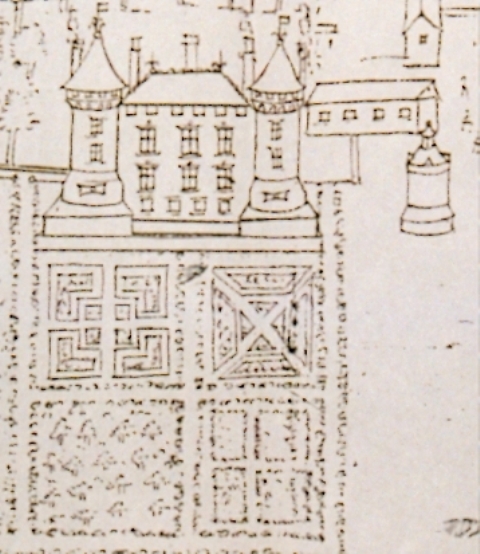 Location: Jaunay-Clan, in the Vienne departement of France (Poitou-Charentes Region).
Built: 16th century.
Condition: Ruins.
Ownership / Access: Privately owned.
ISMH Reference Number: PA00105471
Notes: Château-Couvert is a French castle in the town of Jaunay-Clan in the department of Vienne (86), whose construction was launched in 1519 by François Fumé, Mayor of Poitiers. It was listed in the inventory of Historical Monuments in 1984.Jaunay land falls into the hands of Smoked to 1471 with the marriage of Peter and Hilary Herbert Fumé. This is the beginning for the family smoked three centuries of reign. The name "Chasteau Clear" appears for the first time in 1520, right next to the name of François Fumé, mayor of Poitiers, Pierre Smoked manufacturer with his father of the eponymous mansion still visible today in the Poitou capital. On the death of François Fumé (1532), the stronghold of Hats - another name given to the stronghold of Château-Covered dependent Royal Abbey of Fontevraud - returns to his youngest son Francis II which then forwards it to François mentioned III in the list of mayors of Poitiers (1597) as "Treasurer General of France in Poitiers." Château-Covered remain so for more than three centuries in the same family until the death of Elizabeth Smoked (1775), widow of Francis Foudras Marquis Courcenay. The castle then move into the family of Tudert and in Vasse family, before being transformed in the nineteenth century manor.