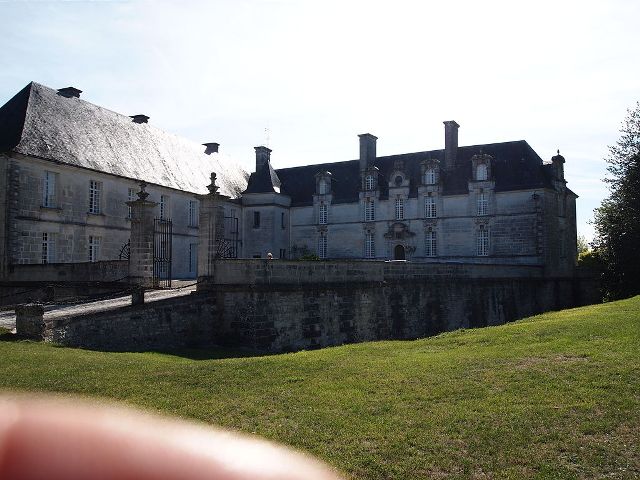 Location: Ars, in the Charente departement of France (Poitou-Charentes Region).
Built: 17th century.
Condition: In good condition.
Ownership / Access: Privately owned.
ISMH Reference Number: PA00104231
Notes: Château d'Ars is currently in the town of Ars in Charente near Cognac, dates from the seventeenth century.The Lordship of Ars, dowry of Jeanne d'Ars, Ars lady and Balanzac, who married in 1340 with William Bremond, 3rd name, remained in the family Bremond d'Ars until the late nineteenth century. In this alliance, the land of Ars remained in the possession of the house of Bremond who at the same time, retained the name. When the slingers ordered by the Prince of Condé besieged Cognac in 1651, Jean-Louis Bremond d'Ars (1606-1652) still filled the old feudal duty imposed by his ancestors defending a Cognac and doors of the castle of Ars. He received the title of Marshal of the camps and the king's armies. he married the castle Mad Love Mary Guillememette of Verdelin lady Mad Love (1606 to 1687). While Jean-Louis Bremond d'Ars Cognac defended besieged by the slingers, his wife Guillemette locked in the castle was defending. It's also who dug a canal to drain the swamp of Ars. The castle still has a very nice old frame in the style of medieval structures. Basements, kitchens and other parts of sub-so are vaulted stone. The terrace is surrounded by ancient moat. The parapets are underlined by a large bead as the parapets of the ramparts of Brouage. Not far from the castle, the agricultural use buildings include an old winery, wine and cognac, with a beautiful long stone arch, arched.