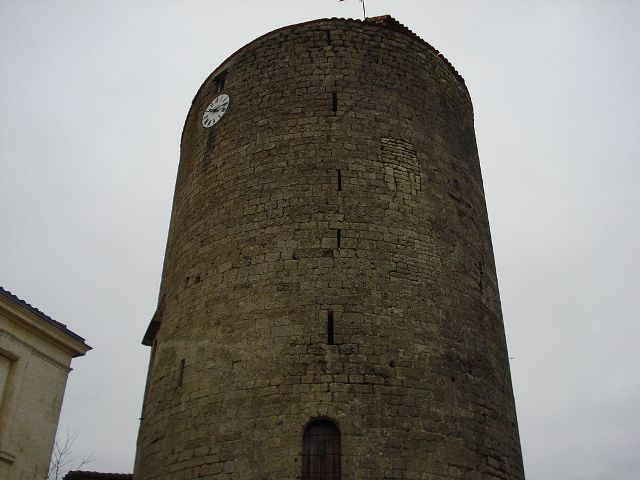 Location: Aulnay-de-Saintonge, in the Charente-Maritime departement of France (Poitou-Charentes Region).
Built: 12th century.
Condition: Ruins.
Ownership / Access: Owned by the town.
Notes: Château d'Aulnay was in Aulnay-de-Saintonge in Charente-Maritime.Aunedonacum on the Roman road linking Saintes in Poitiers has been constantly inhabited and, from the ninth century to the thirteenth century, the manor belongs to the family Maingot. After spells at Mortagne, the Clermont, then the lordship of Aulnay Montberon is sold. Louise de Savoie bought it in 1506 and gave it to Charles d'Orleans return to the royal estate at his death. Given to Mary as a complement to dower, he returns to his execution. It passes through many owners to end up being sold on 8 Thermidor Year XIII. The castle has disappeared, the last ruins were leveled in 1840. The stones were then used in the constructions of the time and many carved stone are visible detours small village streets.