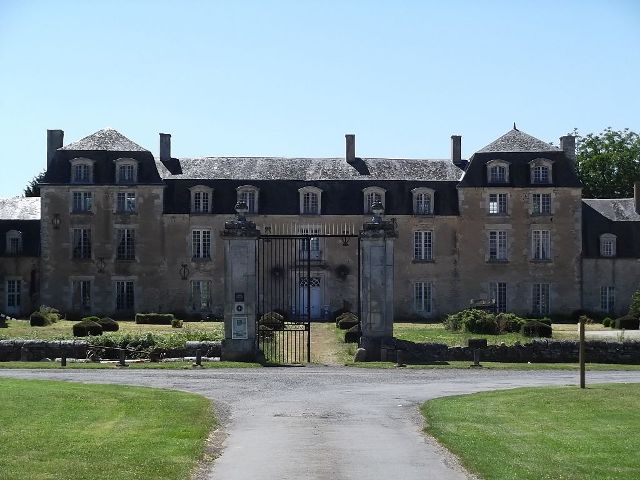 Location: Brux, in the Vienne departement of France (Poitou-Charentes Region).
Built: 18th century.
Condition: In good condition.
Ownership / Access: Privately owned.
ISMH Reference Number: PA00105366
Notes: Château d'Épanvilliers is a castle that is located in the department of Vienne, in the town of Brux. The castle has two pavilions and two wings, the south wing houses the chapel. Many elements of the eighteenth century decorate the castle which more than 20 furnished rooms. Were registered historic monument by the decree of 1 June 1980, in addition to the castle, moat, and the portal of the chapel, the staircase with its wrought iron railing, the small living room, small dining room, the chamber called "Madame de Maintenon" on the ground floor and the bedroom alcove Louis XV to the first floor. Complementing the facades and roofs of the south building common were registered historic monument by decree of 14 April 1997.

How To Get To Château d'Épanvilliers (Map):