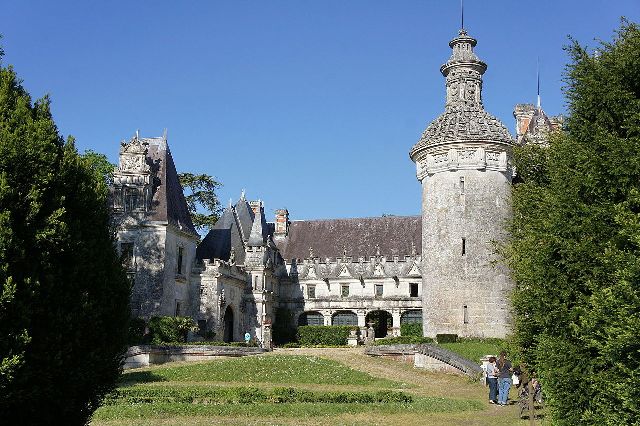 Location: Pons, in the Charente-Maritime departement of France (Poitou-Charentes Region).
Built: 16th century.
Condition: In good condition.
Ownership / Access: Privately owned.
ISMH Reference Number: PA00104843
Notes: Château d'Usson or Égretaux Castle is located southeast of the city of Pons in Charente-Maritime. As the Castle of Riddles, it is currently operated theme park pirate theme.William Augereau, owner of Égretaux, bought in 1879 the remains of the castle of Usson, located in the municipality of Echebrune, wine canton of Pons, located 7.5 km east of Pons. Threatened to crumble, he disassembled and transported on trucks the castle elements whose transfer starts in 1889. He completed the reconstruction in 1890, on a rural site near the Seugne Valley (right bank), southeast of Pons. Whilst retaining much of its original character, Renaissance, the castle was reconstructed according to the fancies of the buyer who has added elements from other buildings, including a fireplace Castle Pons and regency paneling the castle of Rosny-sur-Seine. On 14 May 1925, the castle was listed as historical monuments.