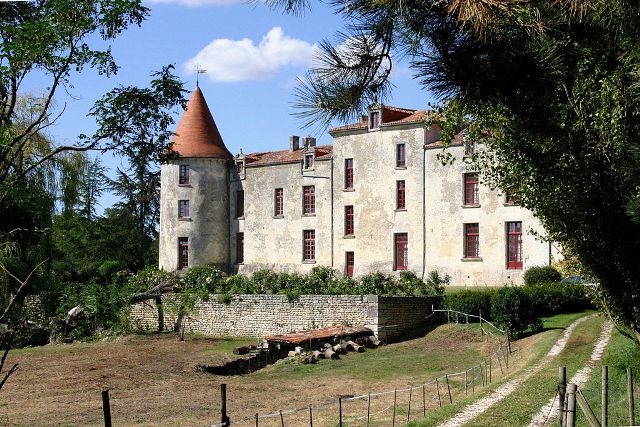 Location: Saint-Savinien, in the Charente-Maritime departement of France (Poitou-Charentes Region).
Built: 15th century.
Condition: In good condition.
Ownership / Access: Privately owned.
ISMH Reference Number: PA00105232
Notes: Château de Berneray begun in the fifteenth century, is located two kilometers north of Saint-Savinien in the Charente-Maritime.This stronghold of the Lordship of Raimondière was fortified in the late fifteenth century. It is at this point that were probably built moats which can be observed marks on the walls. The facades of the house date back to their part of the seventeenth century, following the acquisition of the castle by John Saulières, Lord of Lescure and Berneray. The buildings suffered significant work in the late nineteenth century. The eastern part of the ground floor dates from that time, and the upper part of the tower. The door "Louis XIII" of the central building is listed as historical monuments by order of 29 November 1948.

How To Get To Château de Berneray (Map):