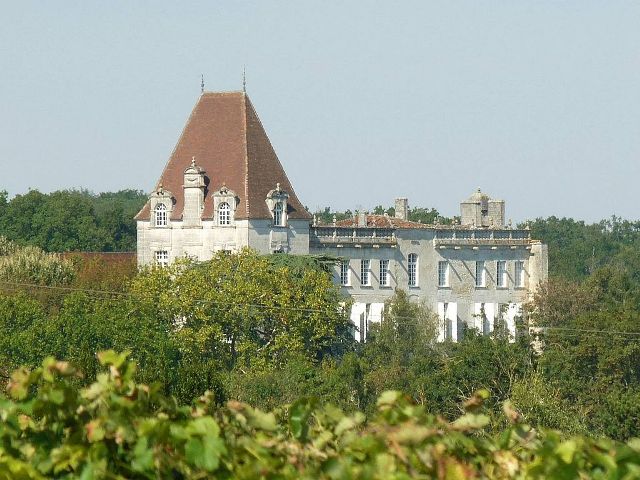 Location: Blanzaguet-Saint-Cybard, in the Charente departement of France (Poitou-Charentes Region).
Built: 16th-19th century.
Condition: In good condition.
Ownership / Access: Privately owned.
Notes: Château de Bourg-Charente was built from 1607 on a rocky promontory overlooking the Charente in the town of Bourg-Charente in Cognac upstream to replace a destroyed fortress. The castle and its chapel in this location in 1264 and destroyed in 1378, it is possible that the gap remains and a piece of tower northwest. The south pavilion was ascended the nineteenth century. The main building, rectangular, is topped with a balustrade and flanked by a flag very high pyramidal roof. The wing at right angles to the battlements adorned with cartridges taken castle Bouteville. The monumental fireplace also comes from this castle. From the castle, the view on the Charente and its valley is remarkable.

How To Get To Château de Bourg-Charente (Map):