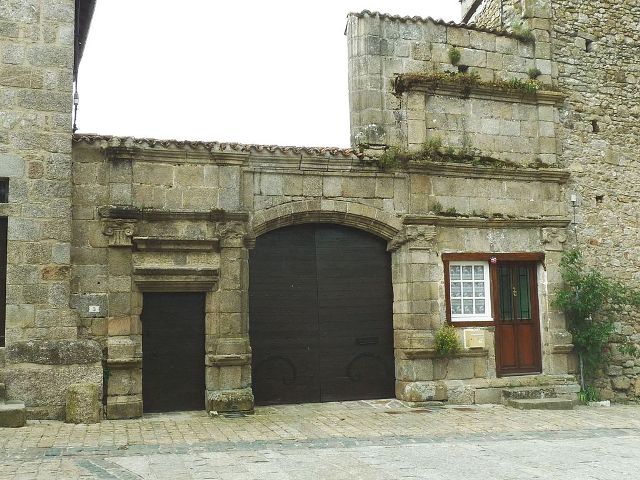 Location: Brigueuil, in the Charente departement of France (Poitou-Charentes Region).
Built: 11th century.
Condition: Ruined.
Ownership / Access: Private property.
Notes: Château de Brigueuil located in the department of Charente in the town of Brigueuil, there remains only the portal and the remains of the tower and steeple.On this natural defensive site, whose name comes from the Gallic "briga" derivative "brigolies" then Brigueuil, the barony is attested since the beginning of the eleventh century with Aymeri IX Rochechouart. Louis de Rochechouart-Brigueuil fight the English and Charles V, in return, appointed him governor of Limousin and Chamberlain. Brigueuil was sold several times. He was taken by the Huguenots in 1567 who were expelled by the Moon Count in 1574. In 1718 Louis-des Monstiers Mérinville buys Brigueuil and this beloved family is not disturbed during the terror.