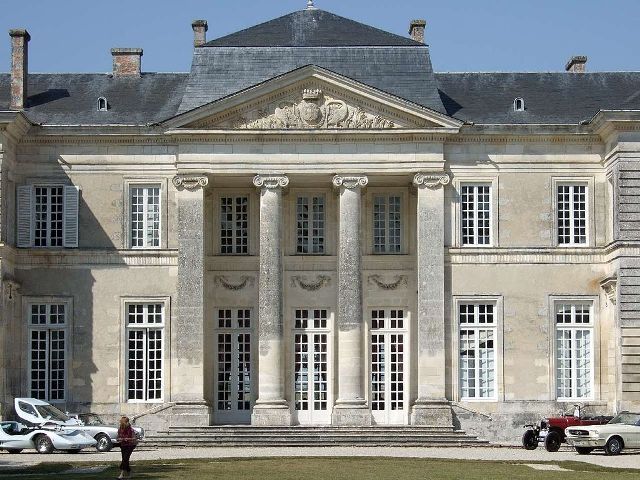 Location: La Jarne, in the Charente-Maritime departement of France (Poitou-Charentes Region).
Built: 18th century.
Condition: In good condition.
Ownership / Access: Owned by a private company.
ISMH Reference Number: PA00104772
Notes: Château de Buzay is located in La Jarrie in Charente-Maritime.In 1687 the lordship of La Jarne is purchased by Pierre Harouard, owner at La Rochelle. In 1771, his grand-son, Pierre-Étienne Harouard of Beignon, Admiralty Lieutenant of La Rochelle, a lawyer in Parliament of Paris and owner, is building a "home field" common expression at the time, the locality Buzay. It is remarkable that he published thereafter botanical works and agriculture. Her daughter brings the castle as dowry to Etienne Pierre Chérade Count de Montbron. He stayed in the FFor Chérade family Montbron.

How To Get To Château de Buzay (Map):