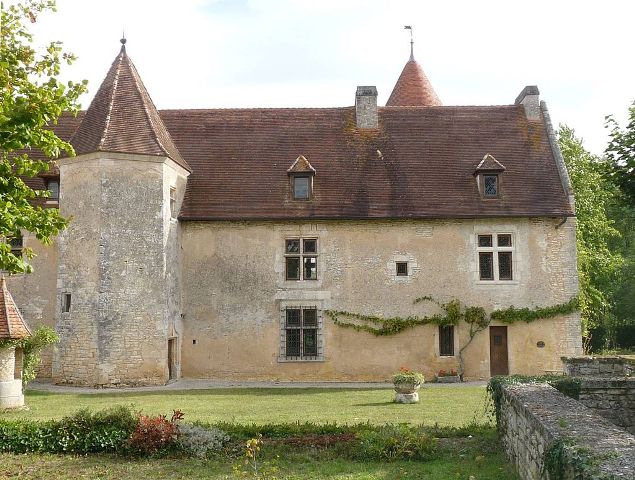 Location: Chenon, in the Charente departement of France (Poitou-Charentes Region).
Built: 15th century.
Condition: In good condition.
Ownership / Access: Privately owned.
ISMH Reference Number: PA00104293
Notes: Castle of Chenon is located in the town of Chenon in Charente where it overlooks the course of the Charente. Chenon DEXMIER belonged to the family since the fifteenth century and depended on the barony of Verteuil. The first existing text is 1458 when Louis DEXMIER tribute to Guy de la Rochefoucauld. Alexander DEXMIER protesting will be a companion of Henri IV. The home will remain in the DEXMIER family until the mid-twentieth century. Chenon Castle, was built in the fifteenth century. The main building has two round towers at its northwest corner leveled a round tower that seems much earlier at home and in the north a round tower with a conical roof. The spiral staircase is inside a polygonal turret located one third of the courtyard facade. The windows are decorated with moldings rib. The gable roof is tiled pierced with small windows. The building in back is pierced with openings mullioned certifying medieval origin. It was rebuilt in the seventeenth century. Other buildings have disappeared. The Romanesque castle chapel became the parish church. Castle (home of the body flanked by two towers) was registered historic monument by decree of 16 December 1987.