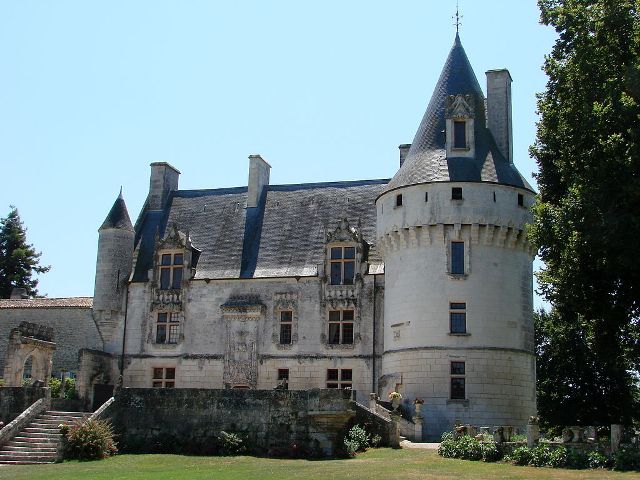 Location: Crazannes, in the Charente-Maritime departement of France (Poitou-Charentes Region).
Built: 14th centurty.
Condition: In good condition.
Ownership / Access: Privately owned.
ISMH Reference Number: PA00104664
Notes: Château de Crazannes in Crazannes, in Charente-Maritime, a historical monument in 1913, is one of the oldest castles in Charente-Maritime. Construction began in the fourteenth century on the site of a former medieval fortress from the eleventh century which remains the chapel, the moat and the dungeon.Historical monument in 1913, the Castle of Crazannes is one of the oldest castles in Charente-Maritime, and one of the first private castles to have achieved this ranking. Subsequently, three entries in 1925, 1963 and 1988 will complete the first protection. Construction began in the fourteenth century, at the very site of a former medieval fortress of the eleventh century whose remains today the chapel, the moat and the keep (remains of the wall). Originally property of Tonnay-Charente lords, the site has had many owners, including, among others, Jacques Poussard (adviser to Charles VI), Daillon the family or the family Acarie. This family, whose men were illustrious military, lived in the castle for over 300 years and achieved major expansion ... Among those who stayed at the castle, some were particularly impressed people: and in the fourteenth century, the Black Prince has spent time in the field, and in 1519, Francis spent a night ... But the most famous remains Puss in Boots, the master, owner of the castle, was celebrated by Charles Perrault in his tale. Subsequently, the castle belonged to the family Chaudruc that, in the early twentieth century, there began to heavy restoration work.

How To Get To Château de Crazannes (Map):