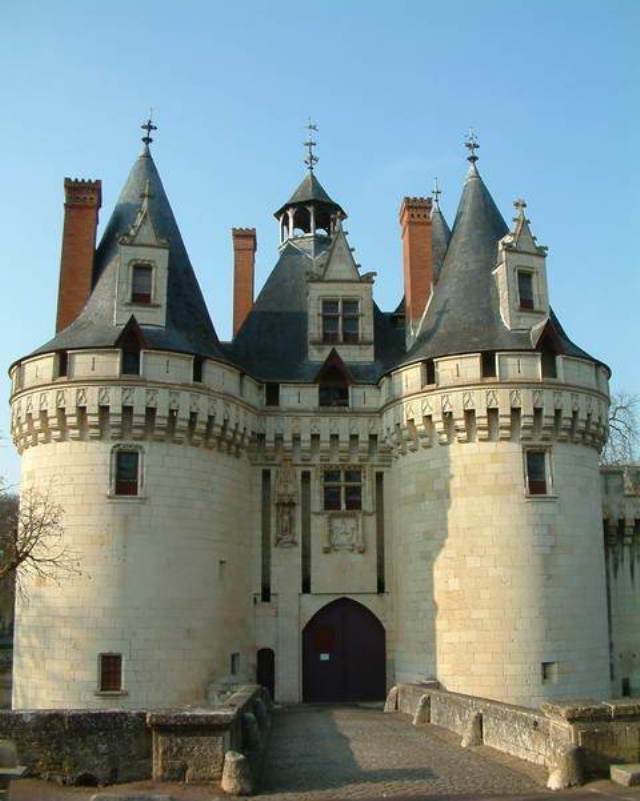 Location: Dissay, in the Vienne departement of France (Poitou-Charentes Region).
Built: 15th-20th century.
Condition: In good condition.
Ownership / Access: Privately owned.
ISMH Reference Number: PA00105452
Notes: Château de Dissay is a French castle in Vienne department in the town of Diss. It was built by Pierre d'Amboise, bishop of Poitiers, in the fifteenth century. He was then the residence of the bishops of Poitiers.Pierre d'Amboise, bishop of Poitiers, was the brother of Cardinal d'Amboise, minister of Louis XII, at the end of the fifteenth century. Diss Castle served as residence to the bishops of Poitiers until the Revolution in 1793. During the third war of religion, Admiral de Coligny had stormed the castle in 1569, before going to besiege Poitiers. There remain traces of bullets on the north tower. The towers were used as prisons. The abbot of Saint-Cyran was detained there. After 1850, the Fruchard count who had just bought the castle, has engaged in an architectural renovation, both for the castle to the church, using the windows and shutters of the college, who had been "dismantled". The central part was rebuilt between 1900 and 1905. The architect was Mr. Ardion who placed the statue of St. Michael and the shield of Amboise at the entrance. The castle, common and moat were classified historic monument by decree of 9 May 1989, while the gardens are enrolled since August 21, 1967.