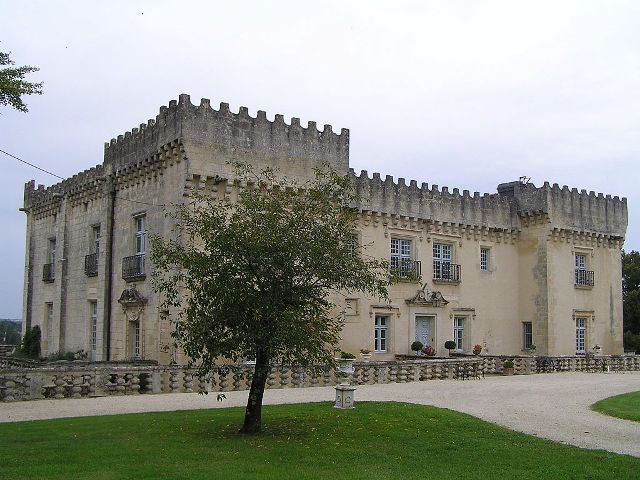 Location: Nersac, in the Charente departement of France (Poitou-Charentes Region).
Built: 16th-18th century.
Condition: In good condition.
Ownership / Access: Privately owned.
ISMH Reference Number: PA00104443
Notes: Château de Fleurac, located in the town of Nersac (Charente) is a Renaissance castle dating back to the thirteenth century and who underwent reconstruction and embellishments to the seventeenth and eighteenth centuries; it is built on a hillside overlooking the Charente. Since 1998, the castle belongs to Michael and Bénédicte Alexandre Mahy that restore and make the visit. One of parks and gardens restoration project is underway with the aim of obtaining the label "Remarkable Garden" awarded by the Ministry of Culture.

How To Get To Château de Fleurac (Map):