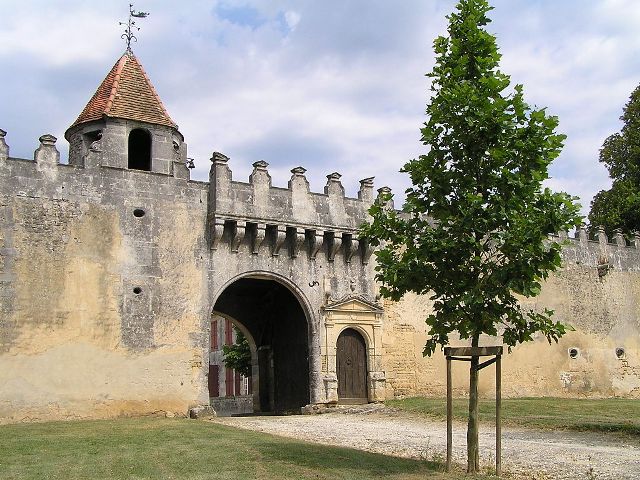 Location: Saint-Brice, in the Charente departement of France (Poitou-Charentes Region).
Built: 16th century.
Condition: In good condition.
Ownership / Access: Private property.
Notes: Château de Garde-Épée in Saint-Brice is built on the edge of a plateau overlooking the Charente away.On 7 January 1553, the Sieur Ancelin, merchant, buys the stronghold of the Marquis Caravaz (Marquis of Carabas of Perrault's tale) with permission to build there a niche house with a huge leak, pool and warren. Towards the middle of the seventeenth century, Jean Ancelin having died without children, his heirs sold the Guard Sword domain to Richard, who was still possessed in 1698. Finally Guard Sword of the house passed into the family Jarnac Guard Sword, who owned it until the mid-twentieth century.