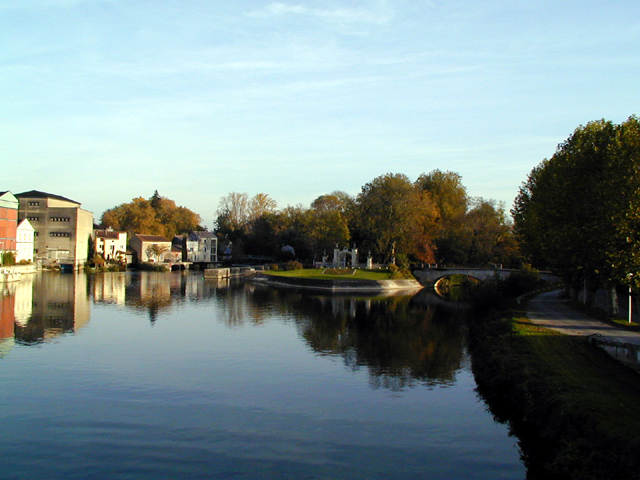 Location: Jarnac, in the Charente departement of France (Poitou-Charentes Region).
Built: 10th century.
Condition: In good condition.
Ownership / Access: Private property.
Notes: Château de Jarnac, an ancient fortress of Charente, no longer exists. Vaujompe in the island, the first dungeon dated tenth century built, it is thought, by Wardrade Lorichès, says Rich, Earl of March and lord of Jarnac who founded the abbey of Bassac in 1017. It was rebuilt in the twelfth century and through marriage, like the castle of Cognac, the son of Richard the Lion Heart and Philip Falcombridge so under the rule of the house of England. It is sold to John Lackland whose widow remarried Hugh X of Lusignan; it often changes hands until 1387 when, already trashed, it is shaved and it remains as the Romanesque tower. Charles of Orleans, the English prisoner, sells his stronghold of Jarnac, to pay his ransom, Renaud Chabot partially rebuilt the fortress. It's his son Guy Chabot of Saint-Gelais, who was the author of the stab. Charles de Rohan-Chabot Rosalie had work done surrender to date from 1769, particularly with the creation of a landscaped park. The part dating from the fifteenth century Renaud Chabot still form a set of six round towers remaining until the time of the empire.