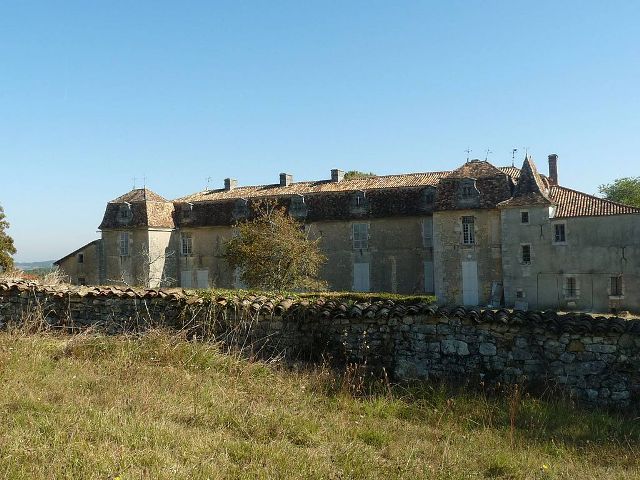 Location: Grassac, in the Charente departement of France (Poitou-Charentes Region).
Built: 17th-18th century.
Condition: Ruined.
Ownership / Access: Private property.
Notes: Château de la Bréchinie is a mansion located east of the forest of Horte in Grassac in the department of Charente. The Bréchinie fell Castle Marthon. The current house was built in the seventeenth century by René Vassoigne The home and its surrounding walls and all the buildings included in this enclosure (enclosure, chapel, dovecote tower) is registered historic monument by decree of 31 December 1993. It was the setting for the novel The Mistress servant Jerome Tharaud and Jean Tharaud (1911). The long facade is topped with a mansard roof with dormers five tiled. It is flanked by two projecting pavilions. The wall is confined to a turret and a large round fled.