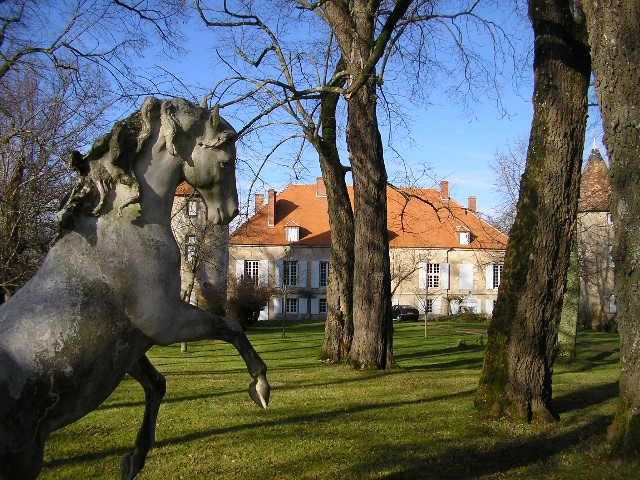 Location: Exideuil, in the Charente departement of France (Poitou-Charentes Region).
Built: 16th-17th century.
Condition: In good condition.
Ownership / Access: Privately owned.
ISMH Reference Number: PA00104367
Notes: Château de la Chétardie is located in Exideuil in the Charente. The name of the Chetardie Chétard comes from the family, the last wife of the line in 1500 John Trotti, giving the line of the Chetardie. Jacques-Joachim Trotti (1705-1759), officer, diplomat and writer, is best known descendant them. The castle of the eleventh century there are two towers topped with pepper. The rectangular castle was rebuilt in the seventeenth century. It was remodeled in the eighteenth century, particularly with the addition of dry moat. On the other facade of the castle, a play in Russian-inspired rotunda was added by Jacques-Joachim Trotti, minister plenipotentiary of Louis XV in the country. It was a historical monument registered party on 30 October 1973. Registration includes the moat and gate, facades and roofs of the castle and the two towers and the inside staircase and painted ceiling of the tower located at 'East.

How To Get To Château de la Chétardie (Map):