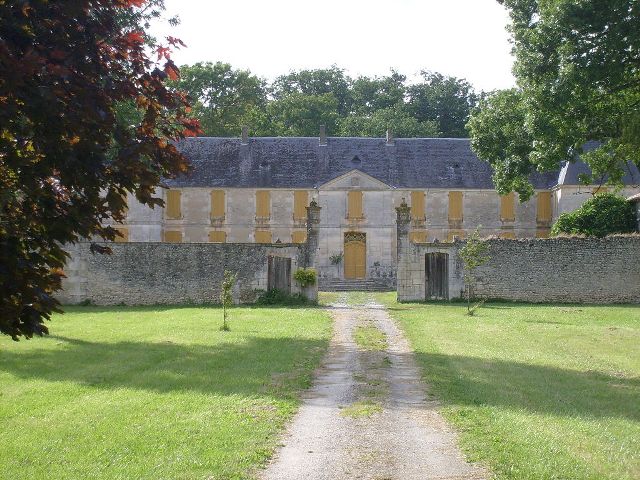 Location: Médis, in the Charente-Maritime departement of France (Poitou-Charentes Region).
Built: 18th century.
Condition: In good condition.
Ownership / Access: Privately owned.
ISMH Reference Number: PA17000002
Notes: Château de la Rigaudière is a Charente dwelling built for Froger family Rigaudière the eighteenth century, in classic style. Located on the town of Medis in Charente-Maritime, it is a historical monument; the park is listed as a historic monument.An earlier still stood in the same location dating from the seventeenth century. It could date from 1636, date on a reused stone. The Lordship of Rigaudière is purchased January 24, 1654 for 22,800 livres by Froger Andrew II (1612-1670), trading in salt, owner, member of the Protestant consistory of La Tremblade. On a 1706 Claude Masse card, this house is represented as a small U-shaped building with a smaller rectangular court that the current, and a surrounding wall flanked apparently two small towers at its ends; roads and paths are the same as at present. At that time, it is in the hands of the son of Andrew II, III Froger André (1655-1727), the new lord of the Rigaudière, lieutenant knighted by Louis XV in 1711 along with his brother Michel Froger, the father of Joseph Michel Froger of Éguille. It then passes to the eldest son of Andrew III, Michel Honore Froger La Rigaudière (1687-1759), formerly known Froger La Clisse name of a fief of his mother, who also becomes a naval officer. Under Rigaudière Michel Honore makes confession November 7, 1730 to Jean Charles de Saint-Nectaire, the future Marshal of France.

How To Get To Château de la Rigaudière (Map):