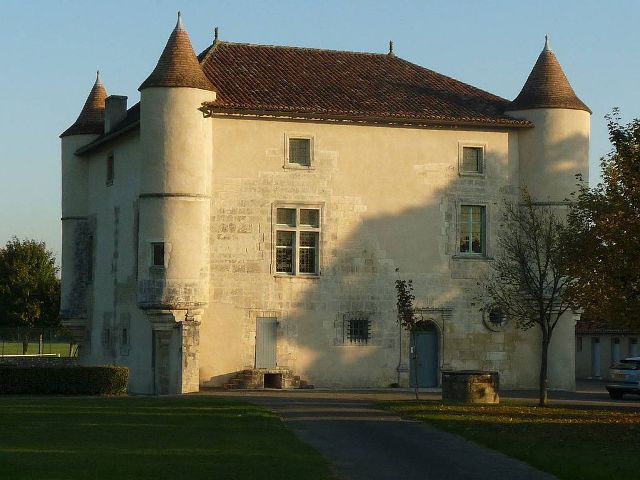 Location: La Rochette, in the Charente departement of France (Poitou-Charentes Region).
Built: 16th-18th century.
Condition: In good condition.
Ownership / Access: Owned by the town.
ISMH Reference Number: PA00104586
Notes: Château de La Rochette is located near the church, in the town center of La Rochette, Charente. This stronghold of Rousseau or Rousselet La Rochette went to Tizon Argence of the fourteenth century. Its last private owner sold it to the town in 1946 that destroyed the offices, transformed the house in the town hall and the floor under glass ballroom. The castle of La Rochette, was built in the late sixteenth century, rebuilt in 1617, then in the eighteenth century. The square house has its four corners capped turrets topped with pepper-pot roofs. The opening date for some of the construction of the house in the sixteenth century, some of the eighteenth century. The roofs were leveled, the second floor decapitated and the set is very modified. Remain the vaulted kitchen and the chapel's front door located in mezzanine, disappeared. The castle was registered historic building by order of 3 July 1992, except for the roof, canopy and outside staircase.