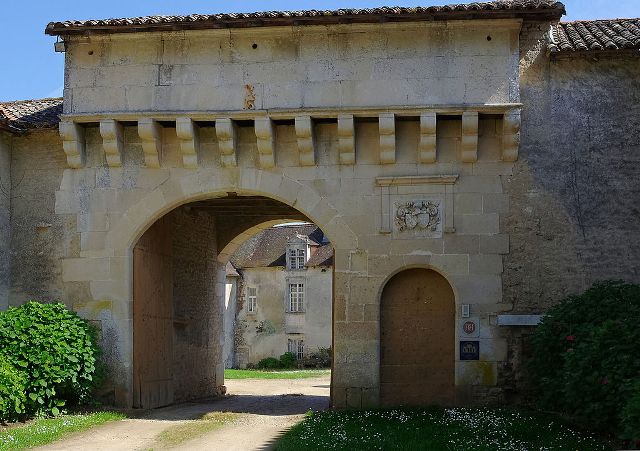 Location: Saint-Pierre-d'Exideuil, in the Vienne departement of France (Poitou-Charentes Region).
Built: 16th-17th century.
Condition: In good condition.
Ownership / Access: Privately owned.
ISMH Reference Number: PA00105703
Notes: Château de Léray is a castle located in the department of Vienne in the municipality of Saint-Pierre-d'Exideuil near the town of Civray.Leray Castle was built in the late sixteenth century on a rocky promontory overlooking the Charente. Dovecote signing a high lord judge, dates from 1572. It has a "dog-oven" where the pack was supposed to be dried, which is unique in the region. It was listed as a historic monument November 7, 1932.