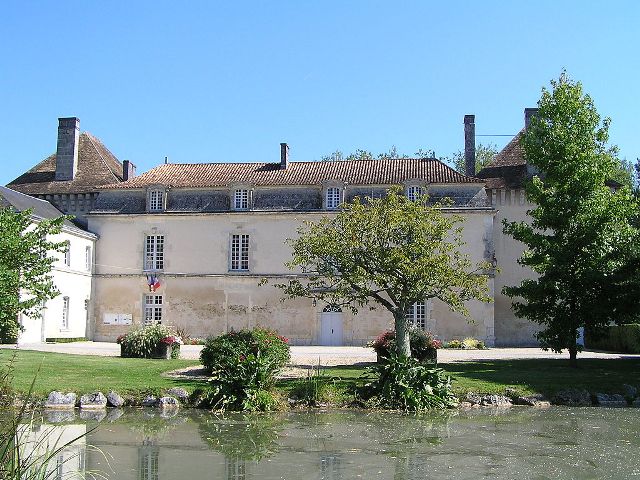 Location: Lignières-Sonneville, in the Charente departement of France (Poitou-Charentes Region).
Built: 17th-18th century.
Condition: In good condition.
Ownership / Access: Owned by the town.
ISMH Reference Number: PA00104393
Notes: Château de Lignières-Sonneville (Charente) houses the town hall. In 1116, a Geoffroy de Lignières is mentioned in the cartulary of the Abbey of La Couronne. In 1493, Guy gets Poussard right of high justice for his lordship of Lignières. The present castle was built in the seventeenth century. The castle is surrounded by a moat. The rectangular main building with a floor covered with a mansard roof on, is flanked by two pavilions that exhibit battlements consoles gallery framed under their roof. In the bell-cast roof, the five openings are decorated with simple pediments. The facades and roofs are classified as historical monuments in 1977 and fireplaces on the first floor are recorded since 1973.

How To Get To Château de Lignières (Map):