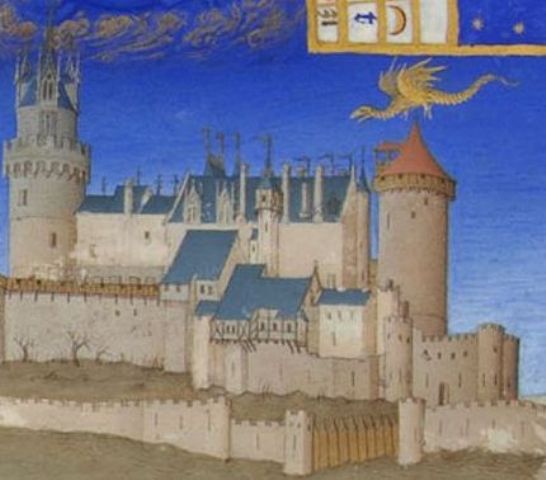 Location: Lusignan, in the Vienne departement of France (Poitou-Charentes Region).
Built: 11th century.
Condition: Ruins.
Ownership / Access: Owned by the municipality.
Notes: Château de Lusignan is probably one of the biggest castles built in France. It was the seat of the lords of Lusignan whose family members were King of Cyprus and Jerusalem in particular Amaury II de Lusignan, King of Jerusalem (o 1145 † 1 January 1205).The castle was built during the second half of the tenth century by Hugh II of Lusignan and dismantled in the twelfth century and rebuilt in the thirteenth century and the late fourteenth century. The castle served as a prison for Jacques Heart and the future king of France, Louis XII. After being shelled, the castle was taken in 1574. A plan (sketch) currently stored at the National Library of France (BNF) was made by the Master of the seat. The castle was dismantled by order of King Henry III in 1586 and only the Melusine tower lasted until 1622. The castle, already long been used as a quarry, was razed by the Count of Blossac, intendant of Poitou, in the eighteenth century, into a public leisure park: a lime avenue, surrounded by gardens, leads a terrace with a beautiful view of the valley. Built around a narrow promontory surrounded by deep valleys, it remains of the castle of the sections of entire walls, plastered to the cliffs. There remains, too, a part of the keep, the base of the tower Poitevine, tank and entering a closed underground which we find perhaps an output close to the town church. It also remains a staircase tower in the walls and foundations of mustard. A fortified by Vauban became part successively prison, primary school and tourist office.