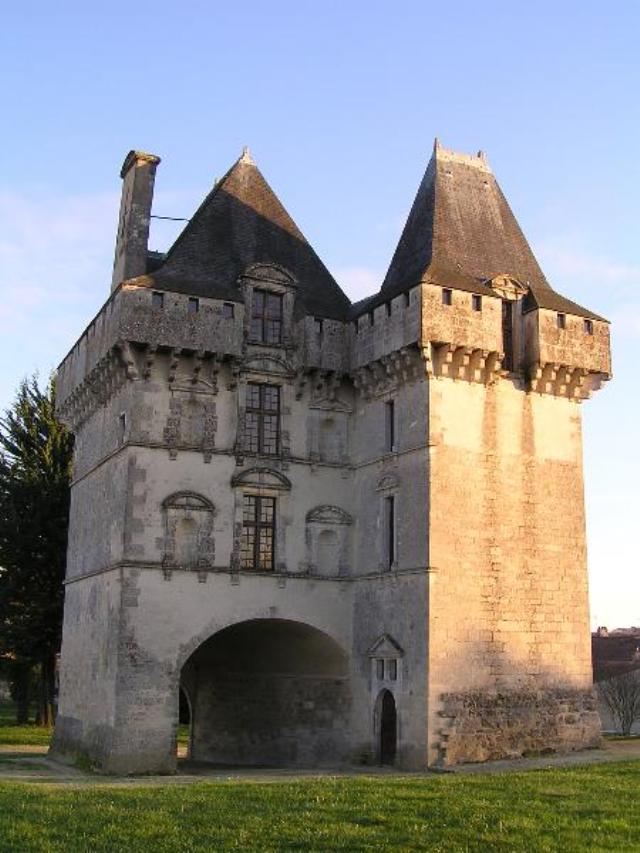 Location: Matha, in the Charente-Maritime departement of France (Poitou-Charentes Region).
Built: 16th century.
Condition: In good condition.
Ownership / Access: Privately owned.
ISMH Reference Number: PA00104795
Notes: Château de Matha is in Charente-Maritime, in the town of Matha. The first castle of Matha dates back to the ninth century when Wulgrin, Count of Angouleme, the first student castle mound to 866. Later, Isabelle widow of John Lackland Matha gives to his son Henry III of England and King Saint Louis (Louis IX) takes Matha. In 1242 St. Louis shaved the castle and its big tower before the battle of Taillebourg. During the Hundred Years War Matha is taken and retaken by the English, and in the end remains to Montberon family. Jacquette Montberon brings the manor as a dowry to André Bourdeilles in 1558, and the Bourdeilles keep until the Revolution. In 1621, the Queen Mother lived there during the siege of Saint Jean d'Angely. The castle is listed as a historic monument since 1948, while the facades and roofs are classified in 1952. Currently, it remains on a mound available to the public, a pavilion renaissance. The square tower with three floors stands on a porch. It is flanked by a second square tower of the same height, but of smaller dimensions. The two towers are crowned with battlements and machicolations and topped with high roofs slate. The windows and doors are decorated with carved pediments. The castle is accessible.