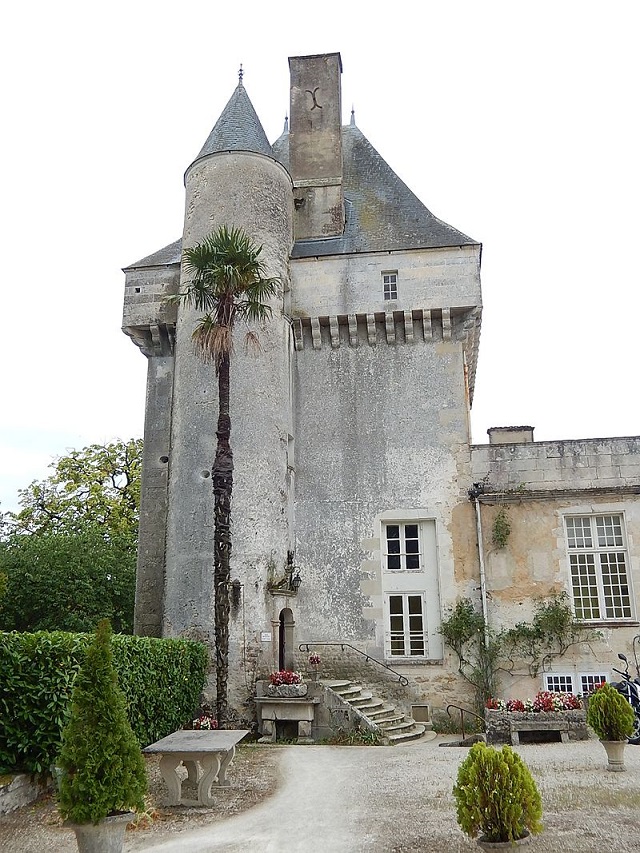 Location: Saint-Pierre-de-l'Isle, in the Somme departement of France (Picardie Region).
Built: 16th centuryt.
Condition: --.
Ownership / Access: --.
Notes: The castle of Mornay is located in Charente-Maritime, in the town of Saint-Pierre-de-l'Isle.The first lord was Pierre Pastureau in the fifteenth century, father of Guillaume Patureau de Mornay (1466 - 1534), second lord of the place. The castle was rebuilt around 1642 (date for which a gabare disappeared with its cargo destined to the construction of the castle of Mornay). It was the object of many sales, the deeds of which give us a good description of it. Between two large machicolated towers of the sixteenth century there is a gallery. It was painted in the course of the seventeenth century by a series of mythological scenes inspired by the Metamorphoses of Ovid, not without recalling that of the sixteenth century at the Château d'Oiron. In the nineteenth century these paintings were attributed to the young Nicolas Poussin, which had given them a certain fame. This attribute is false, the quality of the paintings is not (according to the photographs that remain) of a sufficient quality, and especially the chronology of Poussin is incompatible with its presence in the region. The other rooms were furnished and furnished in the eighteenth century; tapestry boxes were kept there by François Boucher. In 1947 the paintings of the gallery and the apartments were destroyed by a fire. It is sold in 1949 and it is from a house of rest and convalescence. The castle, its porteie, the tower of the Chardon and the park is the subject of an inscription in the title of the historical monuments since August 22, 1949.

How To Get To Château de Mornay (Map):