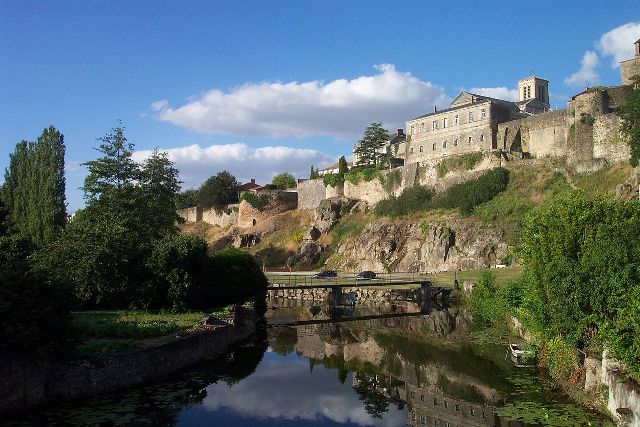 Location: Parthenay, in the Deux-Sèvres departement of France (Poitou-Charentes Region).
Built: 13th-15th century.
Condition: Ruins.
Ownership / Access: Owned by the town.
ISMH Reference Number: PA00101302
Notes: Château de Parthenay is located in Parthenay in Deux-Sèvres, France, is an ancient fortified building of which only the ruins and urban fortifications. The first traces of human occupation on the castle site goes around the tenth and twelfth centuries. During the first half of the thirteenth century (from 1227), the first buildings for military use is seen. The whole is strengthened thereafter. The castle still undergoes changes in the fifteenth century. It was demolished in 1830. The ruins are classified historical monuments 2 September 1994. The fact remains that the vestiges of which a round tower.