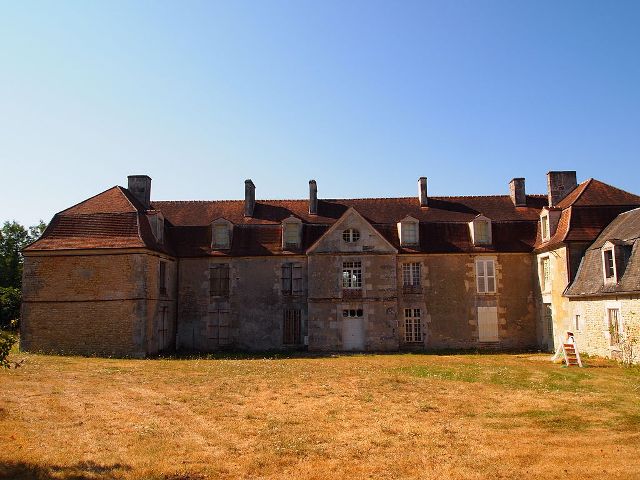 Location: Saint-Coutant, in the Charente departement of France (Poitou-Charentes Region).
Built: 16th-18th century.
Condition: In good condition.
Ownership / Access: Private property.
ISMH Reference Number: PA16000016
Notes: Château de Puybautier in Saint-Coutant in Charente is a typical castle from the late eighteenth century. It is located 2 km west of the village and overlooks the Golden Valley. From the fifteenth century, we find traces of the lords of Puybautier. The most famous is Charles Gabriel François Prévost Sansac de Lavauzelle, Freemason, who under the Revolution is on the board of the district of Confolens and the department. The mansion of the sixteenth century remains only an isolated round tower, topped with a pepper pot covered with flat tiles. The house, centered by a triangular pediment is flanked by two pavilions extended attic common. It has a floor pierced with rectangular windows and is covered with a sloping tiled roof, while the wing joint has no floor and mansard roof is covered with slates.