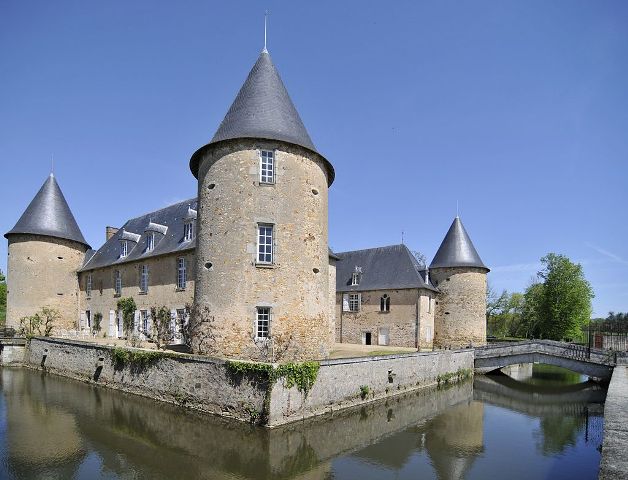 Location: Etagnac, in the Charente departement of France (Poitou-Charentes Region).
Built: 16th-17th century.
Condition: In good condition.
Ownership / Access: Privately owned.
ISMH Reference Number: PA00104364
Notes: Château de Rochebrune is in the town of Étagnac, Charente. The three bodies of floor buildings form a square flanked by four corner towers and surrounded by moats. They are covered with roofs with two slopes; those towers are pepper. The fourth wing that closed the yard was demolished in 1808 and the windows were opened. The roofs are covered with slate instead of the original flat tiles. The interior has a painted ceiling dated from 1581 to the arms of Montluc and Rochechouart. The facades and roofs of the castle and moat common and were listed monuments by order of 24 June 1959. The park was planted under the First Empire.

How To Get To Château de Rochebrune (Map):